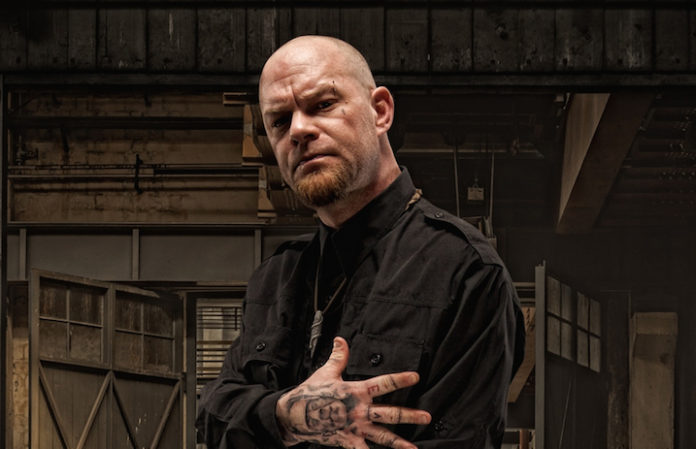 Five Finger Death Punch singer Ivan Moody has vowed his return to the band beginning with their scheduled concert on Saturday, August 19, in Springfield, Illinois. The musician updated fans on the band's website and social media.

As previously reported by AP, Moody announced he was quitting the band onstage during a 5FDP gig in Tilburg, Netherlands, last month. This was not the first time Moody has claimed to be leaving the long-running metal group, and the onstage meltdown followed a similar announcement from Moody in April.

However, Moody and the band later clarified that the frontman would simply be taking time off from performing with Five Finger Death Punch in order to enter rehab after having “fallen off the wagon again.” Musician Tommy Vext has been handling 5FDP lead vocal duties on tour while Moody recovers.

In the new statement, Moody says the August 19 date in Illinois will be his first gig back with the band. The vocalist also promises to fulfill all further 5FDP dates. See the band's complete list of upcoming tour dates here.

“I wanted to write to all of you and express my deep regret for not being able to finish the last few shows on our European summer tour.

“I am in a treatment facility addressing the addiction issues that have interfered with everything in my life.

“I love you guys and I love my band… It's what I do and I can't imagine my life without it. I am 100% committed to getting healthy so I can get back on stage with Five Finger Death Punch.

“At this point, I AM ON TRACK TO RETURN TO THE BAND WITH A VENGEANCE in Springfield, IL, when we begin the next leg of our North American tour dates. It's my intention to sing at each and every future show we are committed to, in North America and in Europe. I can't wait to put all of this behind me and move forward.

“I'd like to thank Tommy Vext for doing such a great job filling in for me while I was away. I'd like to thank my brothers in 5FDP for supporting me through these hard times. We've been through hell and back and we're not gonna stop here. I would also like to thank my family & friends for standing behind me while I take care of what I need to regarding my health. But most importantly, I'd like to thank you, the fans, for your unwavering support as I recover. This has not been an easy year for me, but your encouragement and positivity is what keeps me going.

“See all you Knuckleheads on August 19th!!
Ivan Moody”