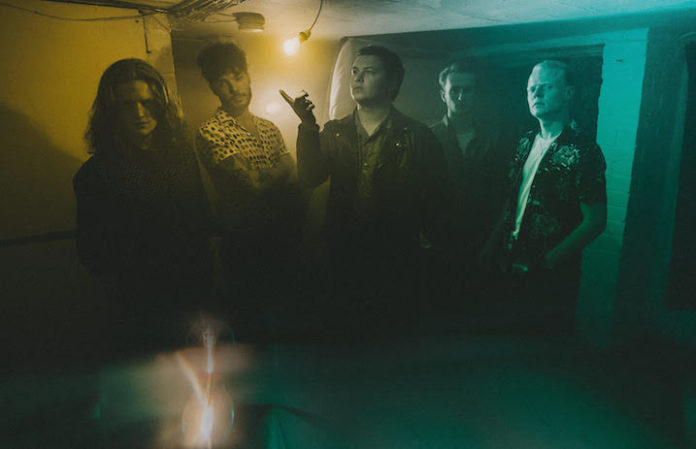 Attention deficit hyperactivity disorder­­––or A.D.H.D. as it’s more commonly known––is a mental illness that affects millions of people around the world. It has a wide spectrum of symptoms (hyperactivity, restlessness, mood swings), and can make daily activities such as going to class or being in a confined space very difficult.

READ MORE: Sleep On It bassist talks medical troubles in hopes of instilling fighting ethic in others

Paul Howells, guitarist and chief songwriter for rising U.K. indie rockers Fizzy Blood, was diagnosed with type 2 bipolar disorder presented with symptoms of A.D.H.D. when he was 21. Howells’ condition has had an influence on his musical output––“a lot of my songs are about introspectiveness and what’s going on in my head,” he says––but before last year, he’d never written a song that directly addressed his experiences with mental illness.

Fizzy Blood’s 2017 Summer Of Luv EP changed that fact, with the band released the single “ADHD” ––a song written by Howells that encapsulates what it’s like to suffer from A.D.H.D. and type 2 bipolar disorder. It’s the compelling highlight of a record that marked the Leeds five-piece as ones to watch, but as Howells explains, it’s a song that almost failed to make the cut.

“This time last year I was ready to give up on it,” Howells says. “But Jake [Greenway, drums] really liked it, and he said to me, ‘You need to keep going with this––you’re onto something here.’ He wouldn’t shut up about it, so I decided to give it one more shot, and I ended up with the version that made it onto the record. It’s a good thing I didn’t chuck it!”

Howells isn’t wrong, because as well as being a brilliant song, the accompanying video for “ADHD”––created by the team behind the 2016 Paralympic Games’ We’re The Superhumans campaign––is a fascinating insight into the mind of a person living with the condition.

“The video is actually really frustrating to watch,” Howells outlines. “There are several storylines, and any one of them alone would be great to view, but the fact that you get 20  seconds in and then the screen changes to something different means that watching is a real challenge. You have to make a concerted effort to keep track of things, and that’s something I struggle with because of my A.D.H.D., so for me, the video really does justice to my experience. I do however recognize that everyone is different, and I’ve had a lot of varied feedback on the video. Some people have said it’s great, and others have said it doesn’t speak to their experiences with A.D.H.D. at all. But it’s good that it’s provoked a discussion––it’s healthy that not everyone agrees with it.”

As is often the case for people struggling with mental illness, diagnosis was a huge step for Howells. Learning more about the condition that had influenced his life for several years helped him come to terms with what he was experiencing, and made him realize he wasn’t alone.

“Since I was 13, I’d always felt there was something wrong,” he remembers. “It got to a point where I really wasn’t functioning anymore––there were a series of incidents that led to me being referred to a psychologist, and with those sessions came diagnosis. That was really good, because I was able to relate to other people’s experiences, and I no longer felt like I was the only person who was having these feelings. Through that you find support and ways you can deal with it. Diagnosis was a real turning point and a very positive moment for me.”

Now, Howells has a good handle on his condition, something he attributes to a greater understanding of his illness, a healthy amount of physical exercise (“Jumping around on stage for 45 minutes every night helps”) and occupying his mind with puzzles such as Sudoku. Aware that others with the condition may not be in such a strong position, however, Howells has a message for anyone struggling with A.D.H.D., bipolar disorder or any other mental illness.

“There’s always someone you can talk to, and that’s the best step you can take if you’re struggling to keep your head above the water,” he offers. “You can talk to your family, because they’re the people who probably care about you the most, or you can talk to your doctor. Sometimes, the best thing someone can do for you is just listen. Even if it feels like there’s no one in the world you can talk to––which, believe me, I have felt––there absolutely is, and once you find that person, that’s the start of your journey to recovery.”