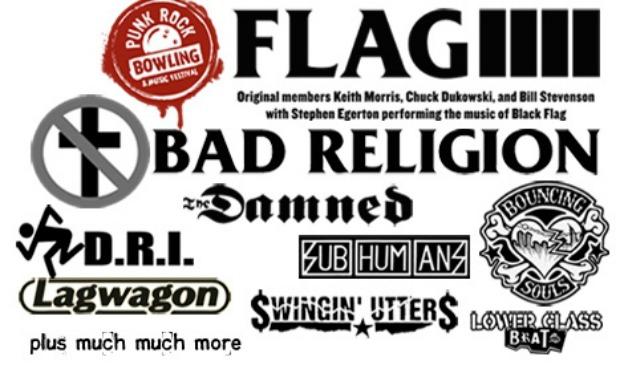 The fifteenth annual Punk Rock Bowling and music Festival have announced their initial lineup for 2013. It will include Flag, a project comprised of original Black Flag members Chuck Dukowski, Keith Morris and Bill Stevenson performing the music of Black Flag alongside Descendents guitarist Stephen Egerton.

The festival takes place May 24-27 in downtown Las Vegas. Bowling and hotel registration are now open at the Punk Rock Bowling website. Passes  to the festival go onsale Tuesday, January 29 at 1 p.m. PST. A three-day pass will cost $105.