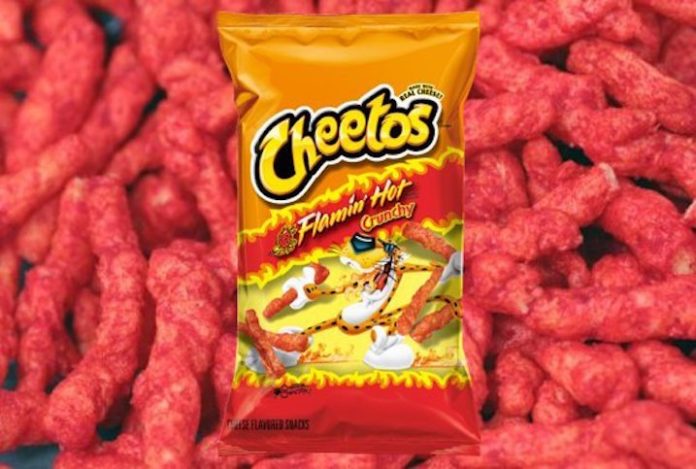 Yep, you read that right: A Flamin' Hot Cheetos movie is in the works—and it actually has a really good story.

Read more: This guy is auctioning off a Cheeto that looks like a Pokémon

As Variety reports, the producers are set for the movie Flamin' Hot, which “will tell the true story of Richard Montanez, who rose from humble beginnings to a successful businessman when he created a food phenomenon — Flamin’ Hot Cheetos.”

Fox Searchlight will be bringing the film to life, with multiple studios reportedly vying for the project. Read a synopsis of the story, as shared by Variety, below:

The film follows Montanez, the son of an immigrant, who grew up as a migrant farm worker picking grapes in the fields of Southern California before becoming a janitor at Frito-Lay. It was while working at the company that Montanez came up with the idea to create Flamin’ Hot Cheetos, transforming the Frito-Lay brand into a pop culture phenomenon and disrupting the entire food industry in the process. Now commonly referred to as the Godfather of Multicultural Marketing, it was that initial idea that would spark a billion-dollar brand and catapult him from janitor to elite corporate executive.

And people are pretty stoked to see this movie come to life:

My personal hero is the janitor at Frito Lay that invented Hot Cheetos, Richard Montañez.

The inspiring true story of a migrant farm worker turned business man after his invention of hot cheetos. 15/10 will watch https://t.co/820pWkDeKt

This headline made me mad at first but then I realized it was about Richard Montanez, the janitor turned businessman who created flaming hot cheetos while working at the Frito Lay factory in Rancho Cucamonga. https://t.co/fG1bILRs86