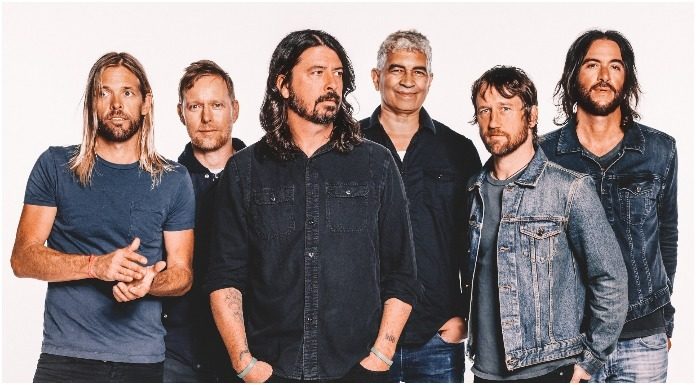 Foo Fighters fans are growing concerned over frontman Dave Grohl’s voice, fearing that the iconic vocalist may have damaged it permanently.

After the band’s show in Antwerp on Monday (June 11), a fan took to the Foo Fighters’ Reddit page to express his concern over Dave Grohl‘s voice after attending the gig.

“I was at the Antwerp gig last night, and I thought the state of Dave’s voice was kind of worrying – towards the final third it began cutting out entirely (noticeably on Breakout).

As great as the show was, it’s fair to say that the set is now geared around preservation – from the sharing of vocal duties with Taylor & Chris, to the drum solo break, to the extended instrumentals of all the major hits. He’s even toned down the screaming now (unless the song calls for it), opting for a ‘woooo!’ instead.

I know it’s been an issue since the start of the tour, but it’s clear that it’s not a ‘cold’ any more. And it can’t be any good long-term. Do you think it’s just age? Maybe they could stop doing back-to-back gigs (like Metallica are now doing). Any thoughts?”

Another fan replied, “I don’t think it’s shot just yet, but he does seem to have “off” days more often. (although in this case he may not be properly over his cold yet.)

It’s a miracle it’s held up this long tbh, given that he’s a smoker who doesn’t seem to take particular care of his voice and screams all night long on a regular basis.”

“I didn’t notice anything different back in September” added another fan. “Probably just tired rather than shot.”

Fans have continued to chime in, showing their worry and concern over the frontman’s voice.

“Listening to the live Switzerland performance going on right now, and I was going to ask the same thing. Seems like he’s out of breath and can’t get through an entire song. And, yeah, he’s basically howling like a wolf instead of hitting the big screams.”

You can listen to Grohl’s voice from the Antwerp performance below.