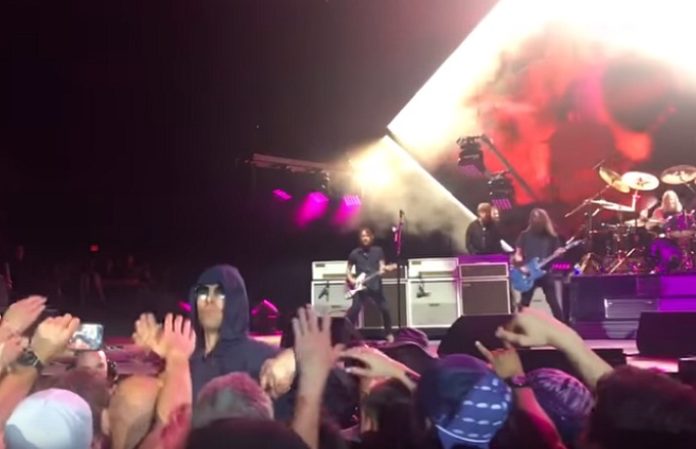 Foo Fighters were joined on stage last night by Liam Gallagher and Aerosmith's Joe Perry for a performance of the Beatles' “Come Together,” and it might be the most rock and roll thing we've ever seen.

Check out the incredible performance below!

Last night the Foo Fighters held their very own music festival in San Bernardino, California. Cal Jam featured performances from many talented artists such as Queens of the Stone Age, Wolf Alice, Babe in Toyland and more. During the Foo Fighters' headlining set, they were joined on stage by Liam Gallagher and Aerosmith's Joe Perry for a cover of the Beatles' “Come Together.”

You can see Gallagher holding up a paper containing the lyrics to the song, eventually calling up a fan on stage to help finish the song while he crowd-surfs away in true rock and roll fashion.

Gallagher and Foo Fighters both recently released their new albums As You Were and Concrete and Gold.

What did you think of this Beatles' cover? Let us know in the comments below.