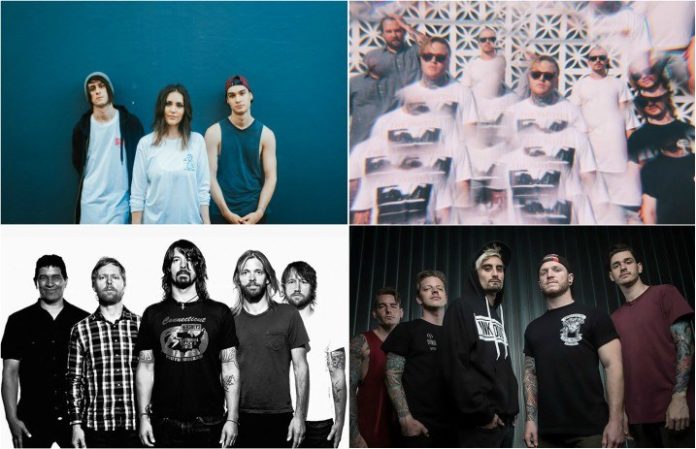 Catch Foo Fighters on tour next year—plus, watch a new music video from Hundredth. Check out the news you might have missed today below!

1. Foo Fighters will be headed back across the pond in summer 2018.

After much teasing, Foo Fighters have announced the details of their massive UK shows to take place next summer, with tickets going on sale Oct. 20.

2. We Came As Romans have shared a preview of the opening track of their new album, Cold Like War.

The song is titled “Vultures With Clipped Wings,” and their new album will be available Oct. 20.

”Shy Vein” is taken from the band’s newest album RARE, which made its debut this summer.

Thought we’d share a cute lil BTS vid of our shoot for the Sidewinder music video. Have a nice day, we’re awkward ��

5. Limbs debuted the title track from their forthcoming EP, Sleep.

Sleep is set to be released Oct. 27 via Equal Vision.

6. It's been announced that ROCKTOPIA will rock Broadway for six epic weeks.

The musical will be hitting Broadway March 20 through April 29. The musical celebrates the “fusion of the best rock songs of the past century” with classical music, showcasing the work of innovators including Mozart, Journey, Handel, U2, Tchaikovsky, Heart, Beethoven, Journey, Foreigner, Rachmaninoff, Queen, Copland, The Who and more. Tickets go on sale Monday, Nov. 13 here.