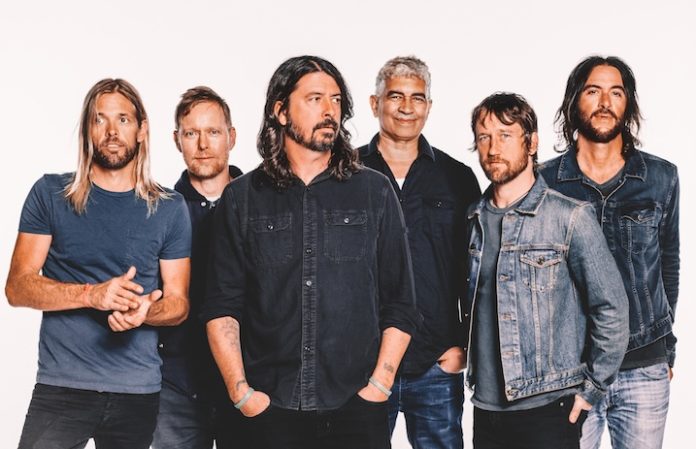 Foo Fighters have shared a video showing a performance of their newest mashup, Van Halen's “Jump” and John Lennon's “Imagine.”

The band shared the performance on social media, stating that they are woodshedding (which basically means practicing) the song for their North American summer tour, so get excited to hear a live performance of the mashup very soon.

In the video, frontman Dave Grohl can be seen singing the words to Van Halen's “Jump” against the band's performance of John Lennon's “Imagine.”

It's pretty epic—check out the video below:

Woodshedding for the summer tour has never felt so good….see you out there….(I’ll learn the words by then, I swear)

Thanks to Mighty Mike for the inspirado. (Oh, and Halen and Lennon, too) pic.twitter.com/VB8x6ipsmT

Foo Fighters aren't rookies when it comes to creating mashups, and performed one of their best live at Summer Sonic Festival last year. The band joined Rick Astley onstage for a mashup of “Never Gonna Give You Up” and Nirvana's “Smells Like Teen Spirit.”

Foo Fighters are currently touring in South America, but will be heading back to the States in April. You can grab tickets for their summer tour here.

Do you love Foo Fighters new mashup? Let us know in the comments!