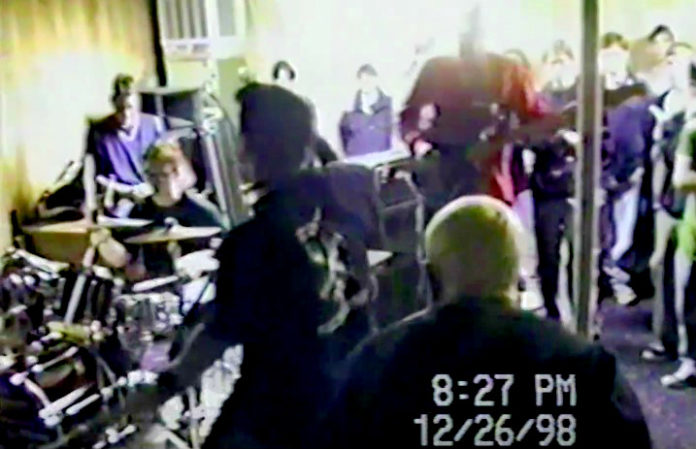 A week from today, Underoath will take the stage for the first time since the completion of their farewell tour in 2013. It’s only fitting that footage from their first tour in 1998 surfaced just weeks beforehand.

The high-quality video seen below features Underoath with original frontman Dallas Taylor, a very young Aaron Gillespie on drums and other original members. None of them were in the band at the time of its breakup in 2012.

According to YouTube user Kevin Roberts, who uploaded the clip, it was this tour that led to their Takehold Records signing. Two months following the trek's conclusion they hit the studio to record their debut album, Acts Of Depression, which was released in July of 1999.

Watch: Footage surfaces from one of Underoath’s first shows in 1998

The band were taken out by fellow Florida hardcore group Sleeping By The Riverside, who formed in 1996 with future members of Underoath, Maylene & The Sons Of Disaster, Further Seems Forever and others.

This is an awesome look at the beginnings of a band who would go on to change the way many of us look at heavy music. Check out the footage below, and let us know your thoughts.