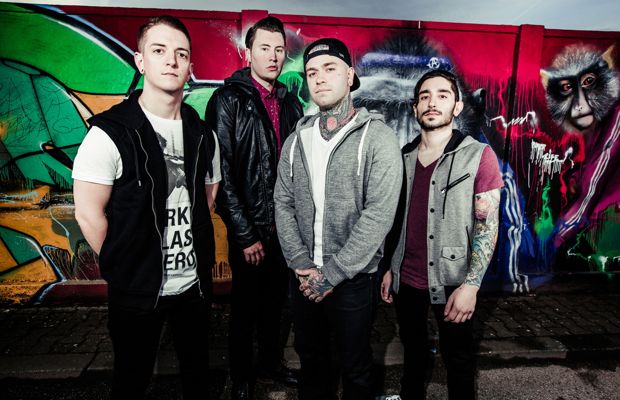 Last night following their show in Sacramento, CA, For The Fallen Dreams were traveling on a highway to their next stop in Spokane, WA, when they were rear-ended by a construction worker who had apparently fallen asleep at the wheel. While their trailer is undoubtedly totaled, along with a hefty percentage of its contents, the band are okay and are still attempting to make it to tonight's show in Spokane. You can check out a handful a comments, pictures and a brief message from the band on the incident below.

For The Fallen Dreams are currently serving as direct support for the Amity Affliction on their US headlining tour.

What a morning! Thank you guys for all of the well wishes, we are fine. pic.twitter.com/QbuPw5GUCR