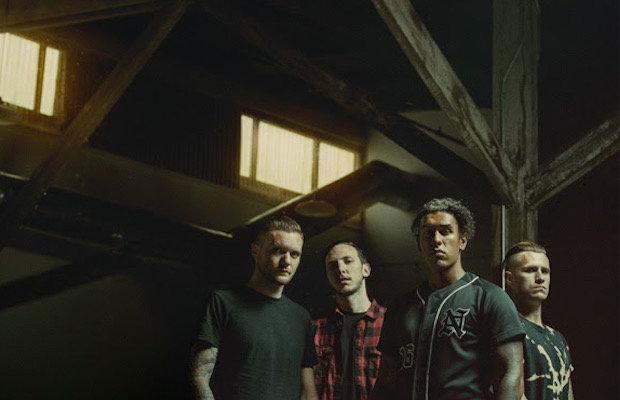 For Today may be on their final tour as a band, but for brothers Ryan (guitar) and Brandon (bass) Leitru, it isn’t the end of their music career. They formed a new band Nothing Left and are set to be releasing new music via Nuclear Blast Records.

Listen to the group’s debut track, “Hands Of Death,” below.

The Leitru brothers are excited to start fresh on a new project without any expectations, and Brandon says Nothing Left's new music will feature other talented musicians, including drummer Alex Camarena from Silent Planet and vocalist Danon Saylor from A Bullet for Pretty Boy.

“A lot of people have been asking if any of us will continue making music after For Today is finished,” Brandon said. “We started putting together songs for this project early this year… I'm happy with the way the songs turned out and excited to finally let people hear them.”

“It's been awesome to start fresh on a new project without guidelines or expectations,” Ryan said in agreement. “We had the freedom to make music that we want to hear without concern for how people will receive it. We are thankful that Nuclear Blast supports the type of creativity that tends to yield more exciting and interesting music.”

Nothing Left is set to make their live debut opening for For Today on the European leg of their farewell tour.

Give the band's debut track a listen, and let us know your thoughts in the comments below!