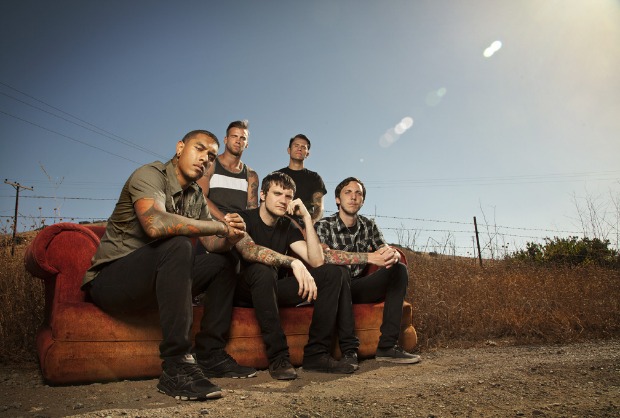 Following a string of tweets from For Today guitarist Mike Reynolds regarding homosexuality, the “progressive liberal agenda” and Christianity, the band have released a statement via Facebook, which you can read below followed by the content of Reynold's tweets.

“For today has always and will always be a band that is about loving people, we have no hatred towards any people regardless of what they believe or how they live. We may not agree on everything but Jesus loves you and died for you. And so would we.

Reynolds tweets, in response to a Dallas Voice article about the removal of “Anti-gay pastor Louie Giglio” from his responsibility as “benediction speaker” at the upcoming presidential inauguration, follow:

Text: “There IS a state church being formed, there is going to ba an exclusive acceptance of preachers who advocate the LGBT [LINK]. Don't be deceived, homosexuality is a sin. This sin with all other sins is what Jesus died for. He conquered so that we would be free. No such thing as a gay Christian, the same as there is no such thing as a Christian who loves his sin. Don't be fooled by the formation of a state church as though the government is being converted, they only use the name of Jesus for their Progressive liberal agenda. If you are a Christian then separate yourself from this civil religion that advocates sin. Be true to God.”