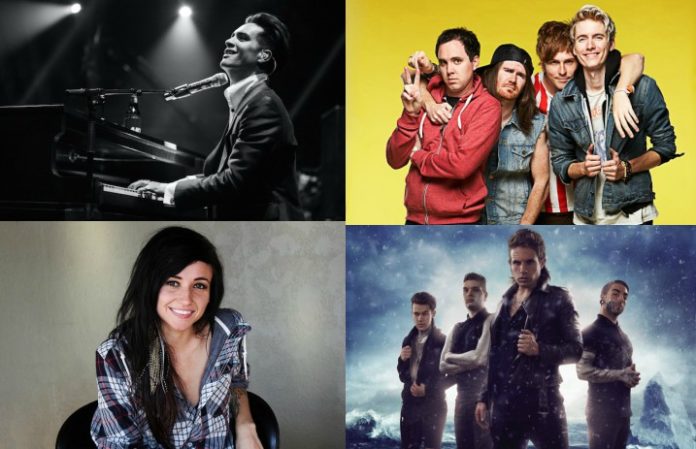 What could be better than it being Friday? How about the fact a bunch of bands like Forever The Sickest Kids and It Lives, It Breathes announced tour dates! Check out all the news you may have missed below.

Read more: Issues take it slow-mo with a new video and other news you might have missed today

In addition to playing So What! Music Festival March 25, FTSK have announced that they have two more Texas shows lined up for March: A secret show on March 24 and one at White Oak Music Hall March 26. Stay tuned to their site for more info.

It Lives, It Breathes touring this March.

It Lives, It Breathes will embark on a co-headline tour this March with Avion Roe and gP. The tour kicks off March 8 in Brooklyn and runs through the end of the month. Check out the dates below.

Pure Noise put up tons of test pressings on Ebay and fans came out to drive the bids up—some sold for over $500!

The auctions raised $7,406.14 and the label added another $5,000 to make the grand total going to the ACLU $12,406.14. The ACLU is a non-profit organization that defends the rights of the Constitution and the laws in the United States.

The new track is taken from the Stockholm-based rock duo's forthcoming album Blood Jungle, which will be released on February 17th through Polydor.

The song follows the release of latest single “Hands,” which addresses the subject of police brutality from both the victim and perpetrator’s perspective, as well as lead single “Air Is Free” and “Weak Spots.”

Besides being nominated for Best Rock Album, Panic! At The Disco's Brendon Urie will be announcing winners before the Grammys at the Premiere Ceremony. It will air from 12:30-3:30 PT and be streamed live internationally here. Winners in over 70 categories will be announced at the ceremony.

The Washington deathcore band announced their newest album, Embodiment will be out April 14 on Stay Sick Recordings. The band has also put out a new song titled “Mortem Incarnatum” listen to it below. You can preorder the album here. They'll also be hitting the road from March 21 through April 28.

Lights loaned her vocals to pop/dance music producer and DJ Steve James' song “Warrior” and the duo recently put out the desert-themed lyric vid. Check it out below.