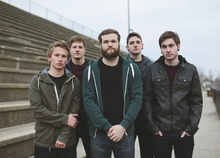 Forevermore have officially signed to Solid State Records. The band will be releasing their label debut, Telos, on July 22. Pre-orders for the album will be available soon. Check out the album's track listing below.

In light of the announcements, the band have also released the lead single from Telos titled “Force Fed.” Check it out below, as well, and let us know what you think!