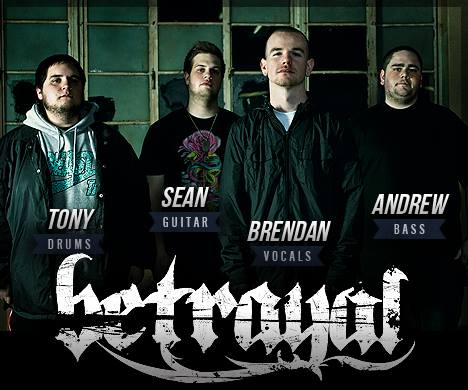 According to a report from Lambgoat, former Betrayal drummer, Tony Ramirez (who you can see in one of the band's old promo shots to the left), was arrested on July 25 in Vancouver, WA, “on suspicion of both possessing and dealing child pornography.” The piece also goes on claim that Ramirez was indicted for an array of charges, which include “two accounts of first-degree dealing of images depicting a minor engaging in sexually explicit conduct.”

Ramirez, who is 22, allegedly moved from Lake Elsinore, CA to Vancover approximately nine months ago and uploaded three sexually explicit images of minor girls to the Internet, who were between the ages of six and 12.

The band have weighed in and released an official statement on the situation, which you can read now below.

“We just wanted to address everything going on with Tony. First, I want to say how shocked and disappointed we are about the allegations in the news regarding him. This is something that we would have never expected to hear about him. With that being said, Tony has not been a member of Betrayal for over two years. He had some unfortunate events happen in his life that did not allow him to commit full time and be a member of this band. If you follow us, you would notice that Tony hasn’t been in our promo pictures or on tour with us in quite some time. We sincerely hope these allegations prove to be false, but regardless, this is something that we do not take lightly and something that shouldn’t be reflected upon Betrayal.”