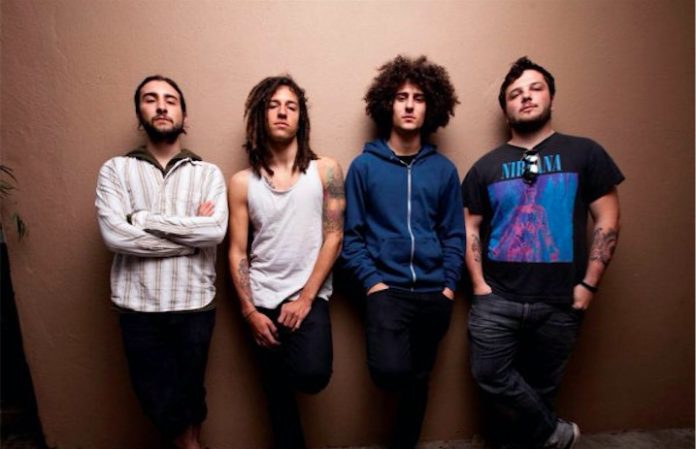 After Envy On The Coast announced their “reunion” shows, it was revealed that members Jeremy Velardi, Sal Bossio and Dan Gluszak would not be joining vocalist Ryan Hunter and guitarist Brian Byrne.

Rather, Hunter and Byrne would be carrying on with an Envy On The Coast “reincarnation” of sorts.

Read more: Envy On The Coast: This is not a reunion, but a reincarnation

Velardi, Bossio and Gluszak have responded to this announcement in a statement for AP. Read it below.

Dear Envy On The Coast fans,

For six years we’ve looked the other way while a skewed picture has been painted to the public. After all that has been going on recently surrounding this band, you deserve to know the truth about why we broke up in the first place, why the three of us are not taking part in this alleged “reincarnation,” and sadly, why we will never truly reunite.

In 2009, Envy On The Coast began to unravel from the inside out. Certain events transpired that irreversibly damaged the interpersonal relationships among band members. The fallout from these occurrences was impossible to undo, and not only had a dramatic effect on the creative process, but also created a clear division of “sides” among band members. The environment eventually became so unbearably toxic that it caused the band to split, thus giving way to a six-year gap in communication between several pairs of members.

What you guys don’t know is that at one point, the recent reunion discussions did actually involve all five original members coming together to do a handful of shows.

When we got to discussing specifics, however, we hit a wall. There is a small batch of songs on Lowcountry that directly allude to the period of time when internal band relations were at their absolute, indisputable worst. The three of us requested that those songs be omitted from the set, with the entire remainder of the catalog still available to work with. This small gesture of mutual respect was apparently too much to ask, and this is where the discussions stopped. We assumed that was the end of the story and the end of the planned reunion, as we were never able to reach a full agreement.

Then one day last month, Sal went to sign into the EOTC Facebook page (as we all do periodically) only to find that Ryan and Brian were the only members pictured. They were also the only people credited as band members. All of our credentials (along with those of our former record label) had been removed from the Facebook and Twitter accounts. We then caught wind that Ryan, in his current project, was playing EOTC songs as an encore alongside Brian. This marked the start of them using you guys — the fans — as leverage to convey that “the people want this.” They would go on to use this sentiment against us, claiming that if the band were to do a reunion, we do it fully or not at all, “for the fans.” They then proceeded to go on and paint themselves as the two sole saviors of this band in the public eye; the only two people fighting to give you this reunion.

Through all of this, we still sat quietly as the public remained none the wiser.

When the reunion talks fell apart, it was mentioned in passing that the two of them “may still go on to do some stuff.” This seemed vague, but nobody really thought twice about it. However, when their true intentions regarding the future of EOTC were announced, we found ourselves in utter shock.

What you got when you saw or listened to Envy On The Coast was the blood, sweat, and tears of not two, but five people. Five people who devoted their lives entirely, sacrificed and gave themselves fully to this band for five-plus years. How would you feel if after years of spilling your heart and soul into a piece of art, and it being gone for six years, you one day wake up to find your name erased? To see two of the five contributors taking credit for your hard work and sacrifice, going on to take ownership of what everyone had built together.

In the interest of getting out in front of any social media mudslinging, we will be the first to say that we are not going to sit idly by and bear witness to the glorification of a situation that we believe is wrong. As the ones who breathed life into us and allowed us to make this our lives for over five years, the fans do not deserve to be toyed with like this. Had the three of us been given full disclosure regarding Ryan and Brian's future plans for the band, this all might have been avoided. We ask that you please place yourselves in our position and consider how you would feel if this happened to you. We’ve been backed into a corner, and we never meant for our fans to get caught in the crossfire. We hope you understand.