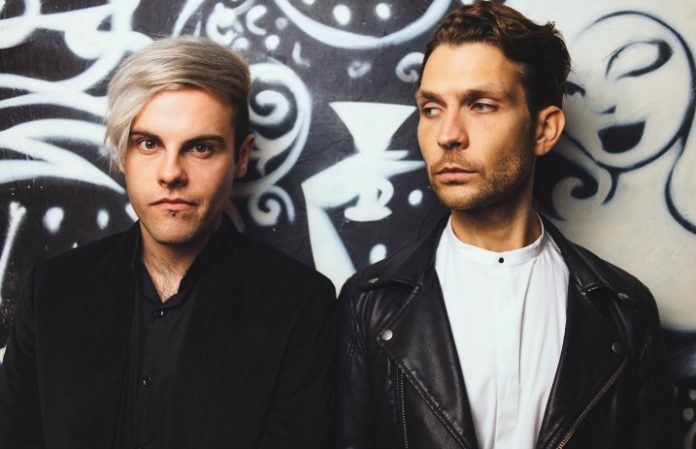 Kemp elaborated on his new bandmate on Twitter: “FVK and Michael have been friends for years. Played in bands together early on.”

Watch their video, teasing that something is coming November 25:

Following Kemp's departure in July, FVK announced they would disband, citing “it would be wrong to continue this band without Kier by our side.” While Kier has gone on to form Inklings, it has been all but promised that the remaining members of FVK (Laurence Beveridge, Luke Illingworth, Shane Sumner and Drew Woolnough) will continue to create music together.

“The remaining members of FVK will not abandon our musical union, but we will need time to rebuild and reflect,” they wrote. “Music has always been our passion, and the idea of doing it without our friends seems absurd. We will certainly continue to make music together; though the specifics of this are uncertain.”

The band recently released their final two songs, which we'd interviewed them about while they were in studio in  April. They had initially planned to release the songs this summer.

“Through being slightly ostracized from the rest of the music industry, we’ve stumbled across a kind of freedom,” Kemp had said at the time. “Coming around to these songs, we were like, “Let’s just literally do whatever we are excited about.” That’s quite liberating.”

Stay tuned to AltPress in the coming weeks for my take on traveling halfway around the world to witness FVK's farewell shows.