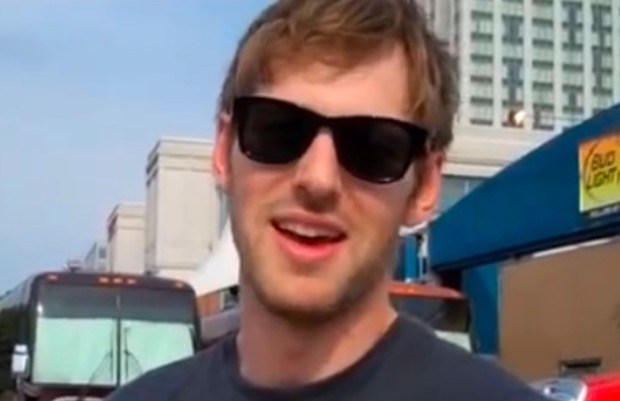 Former Owl City guitarist Daniel P. Jorgensen has been charged with criminal sexual contact and attempting to lure a 14-year-old girl to a hotel room and tour bus while playing a show in Atlantic City in 2013. The charges were revealed by Atlantic County Prosecutor Jim McClain earlier today, August 5.

Jorgensen, 30, was indicted earlier this week by a grand jury in New Jersey. Bail was placed at $100,000. The former guitarist reportedly faces up to 10 years in prison for the luring charge, and 18 months the fourth degree sexual contact charge.

He was removed from Owl City when the charges originally arose in 2013.

Further details via Philly.com can be read below.

The charges allege that Jorgensen made contact with the juvenile on the internet and by cell phone and, the release from the prosecutor said, “encouraged her to come to Atlantic City where he was working as a musician and band manager on August 29, 2013.”

The charges further state that Jorgensen “committed the criminal sexual contact on an Atlantic City beach, and tried to lure the girl to a hotel room and to the band's tour bus, with the purpose of having sexual intercourse.”