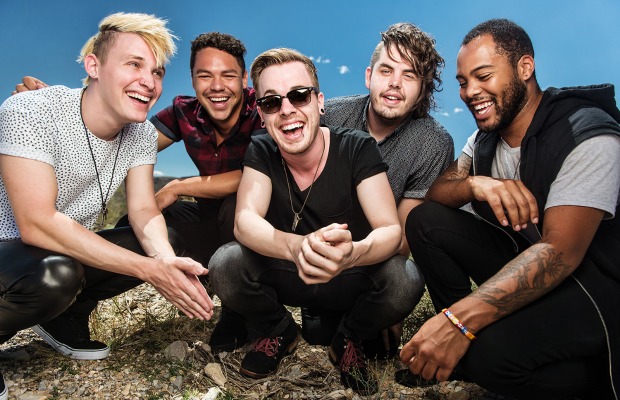 This morning, Set It Off announced that they had parted ways with bassist Austin Kerr in light of the recent sexual harassment allegations placed against him.

Kerr has now released a statement of his own, which you can read below.

As of two days ago I became aware of some serious allegations against me. There are two sides of every story and then there’s the truth. Fact is, I’m a guy who hasn’t always considered the way people may perceive my actions and while never forceful, there’s situations where I’ve been too pushy in several matters. I am taking full responsibility for my actions and behavior. I am so sorry for the effects of my actions and I apologize to anyone who has ever been made to feel uncomfortable by me in any capacity. I promise you it was NEVER my intention and I never thought I was entitled to anything.

I will carry myself differently in every matter I’m a part of from this day on. Upon first hearing of these matters, I immediately stopped drinking anywhere near shows, and stopped doing anything that might make someone uncomfortable (i.e. hugging them, picking them up, etc.). I will continue for the rest of my life being fully observant of other people’s feelings. After talking with the band, we have all agreed that I should part ways as nothing in this this should be attached to them in any way. I got to live my dream for years. For all the times, lessons and memories, I am so grateful.

Unfortunately attached to these allegations are half stories, exaggerations and untruthful statements. Since the tumblr post was released I have been approached by multiple people by their own accord who were there and can varify that some statements made are fictional or have proof of their falsehoods.

The truth is I’ve made people feel uncomfortable and I’m sorry. I encourage everyone to read into things before they believe them or make judgements. In often cases a lack of proof means something.

Moving forward, I am actively working on improving and making better decisions so that I will never make anyone feel like this again.