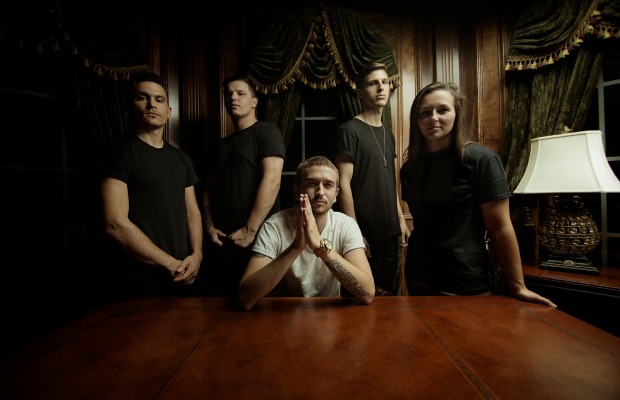 Former Woe, Is Me vocalist Hance Alligood has stepped down as frontman of his new band, Favorite Weapon.

In an official statement, Alligood cites the toughness of the road as the main reason for his departure, saying: “Music makes me happy, it has always been an outlet for me and something that I enjoy. Touring, on the other hand, does not. It’s really that simple. There’s not any kind of behind the scenes drama that occurred to bring this on. Just a genuine unhappiness with touring.”

As he later adds, it looks like the band will be finding a replacement and continuing on. Read the statement in full below.

Favorite Weapon premiered their debut single, “Hollow,” through AltPress near the end of last July. The band released their debut album, Sixty Saragossa, in October.

There’s been a bit of inactivity regarding Favorite Weapon lately. Before too much speculation begins and rumors start flying, I just want to clear the air. I have decided to step down as singer of Favorite Weapon and will no longer be a part of the creative process.

After things ended with my previous band, I figured taking some time off before starting something new would be a good way to rekindle my excitement to be out on the road again. It wasn’t too long into touring with Favorite Weapon that I realized that I just didn’t enjoy being out on the road as much as the rest of the band. After discussing it with our manager and booking agent, we all knew that a band like ours with members who want to tour a lot and one who doesn’t just won’t work.

Music makes me happy, it has always been an outlet for me and something that I enjoy. Touring, on the other hand, does not. It’s really that simple. There’s not any kind of behind the scenes drama that occurred to bring this on. Just a genuine unhappiness with touring.

It appears at this point that the band will try to continue and find a replacement. Whatever the case may be, I wish them the best and hope they have all the success that they desire.

As for me, I’ll be doing some songwriting here and there, and possibly vocal lessons and co-writes. Even though I chose not to tour anymore, something I’ve never lost an interest in is helping people, whether it be through music or not. So, next year I will be taking classes to become a surgical tech in hopes to begin a career in the medical field.

I want to personally thank all of the members of Favorite Weapon, Velocity/Rise Records, Mike Mowery, and Dave Shapiro for all the things they’ve done for me and for the band. And huge thanks to the fans who have supported me over the last few years. It’s been an awesome ride and though it’s come to an end, I’m grateful for every bit of it.