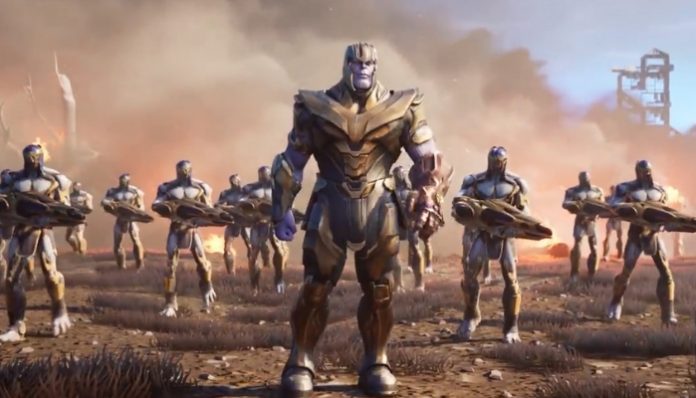 Thanos is back in Fortnite, and he’s brought some friends to help pulverize you and your team.

A new Avengers: Endgame tie-in Limited Time Mode has arrived, and the Mad Titan himself has enlisted a group of Chitauri warriors to help wipe the floor with you and anyone you squad up with.

Read more: Riot Fest adoptable puppy may or may not know this year’s lineup

Last year, Titan made waves in Fortnite as part of an Avengers: Infinity War event. When the Infinity Gauntlet was dropped into the Fortnite map, players had to scramble to pick it up. When one player found it, they’d be transformed into Thanos and imbued with powerful abilities that could very quickly make short work of the other team.

Now, instead of making one player the all-powerful Thanos, one team features Thanos and his minions and one team is formed out of heroes. As both groups battle it out, the Infinity Stones from the Gauntlet will be scattered around the map. The first villain Chitauri warrior to pick up an Infinity Stone will be transformed into Thanos. As the villain team continues to collect stones, they’ll gain even more abilities.

The Red Reality Stone will grand double health and shields, the Orange Soul Stone will activate a siphon, the Yellow Mind Stone will double jump height, the Blue Space Stone will allow for Ground Pounds, the Gren Time Stone will add triple damage and knockmbacks to each hit, and the Purple Power Stone will add laser damage with six times the devastating effect.

This knock-down, drag-out fight sounds like an even more epic adventure than the first time Thanos rolled through. What’s more, there are special challenges to complete if you want to take home Avengers-themed rewards like gliders, back bling, and Avengers costumes to outfit your Fortnite characters in.

The mode won’t be available for long, so make sure you check it out before you head out to see Avengers: Endgame this weekend. It’s coming to theaters on April 26 – not that you forgot or anything.