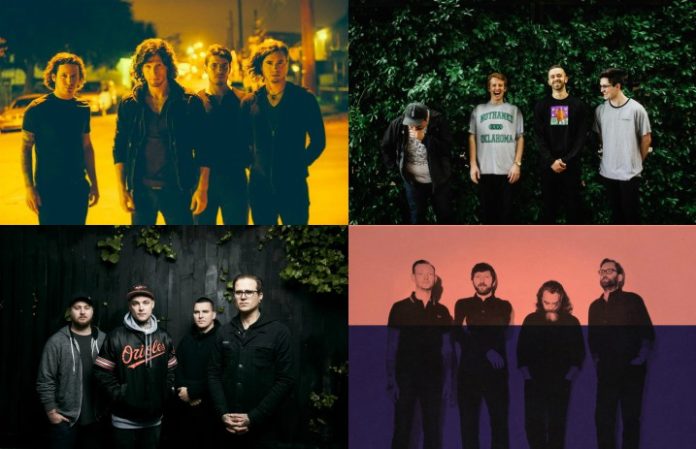 New videos from Fossil Youth and The Amity Affliction—plus an awesome tour announcement from Nothing more! Check out the news you might have missed today below!

Read More: Avenged Sevenfold launch official fan club and other news you might have missed today

1. The Amity Affliction have debuted their latest video for “Fight My Regret.”

Directed by Ryan Mackfall, this is the fourth video off of This Could Be Heartbreak.

The Amity Affliction had previously released videos for “I Bring The Weather In Me,” “This Could Be Heartbreak,” and “All Fucked Up.”

The Aussie natives will be playing this year's Carolina Rebellion and Rock On The Range festivals, as well as a series of Australian dates with PVRIS and Beartooth.

You can check out the new video for “Fight My Regret” right here!

2. Disturbed have announced that their next release will be an acoustic EP!

This is pretty cool news for fans of Disturbed. In an interview with German outlet Rock Antenne, frontman David Draiman talked about the band's rejuvination and future plans.

Fresh off of their new album Immortalized and a world tour, Draiman and the boys will take some deserved time off. But next the group plans to record a project they've wanted to release for a long time.

“Well, the plan at this particular point in time is to take a little bit of time off, spend some time with our families, get some personal stuff done. We have an acoustic EP that we’re working on. That’s something we’ve wanted to do for years that we just never had the time or the opportunity to. So that we’ll be working on in between our LP releases. And then probably 2018 we will head back into the studio to record the next record and hopefully have a release sometime in late 2018 and hit the road 2019 again.”

3. Minus The Bear premiered their new song “What About The Boat?” ahead of this week's album release.

In anticipation to their new album Voids, which will see its release through Suicide Squeeze this coming Friday, Minus The Bear have given us another early listen.

“What About The Boat?” is the latest track streaming on the band's Soundcloud, and is the third song made available off of the forthcoming album.

Voids will be the band's first new album in five years. You can read more about the album here.

Have a listen to the new song below, and catch Minus The Bear on tour this spring. Dates can be found below.

Minus The Bear tour dates with Beach Slang and Bayonne

4. Fossil Youth have gifted us a brand new music video for “Minco!”

Oklahoma's Fossil Youth have premiered their new music video for “Minco,” which comes from their most recent effort, A Glimpse Of Self Joy.

The album was released last year on Take This To Heart Records. The emo-punks will be on tour for a string of dates this March with Ivadell—See the dates beneath the video.

5. And finally today, Nothing More have announce an intriguing headlining tour!

This is a pretty exciting bill! Nothing More will be joined by As Lions, Black Map, and Hell Or Highwater for 12 stops this spring, and they will be to be rocking fans' socks off all the way through.

The band made the announcement official earlier today via a Q&A session on their Facebook page, which you can watch in its entirety under the dates.

See if they'll be making a stop near you! Tickets and VIP packages are available on Nothing More's website.

Watch More: APTV challenges NOTHING MORE to a rib-eating contest