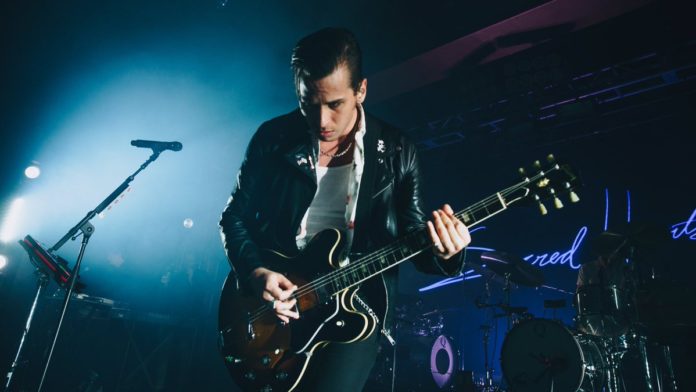 [Photo by: Foster The People/Twitter]

Foster The People declined to play the band’s smash hit “Pumped Up Kicks” during a show following the deadly Las Vegas shooting.

After 59 people were killed and 527 came out of the show injured, the tragedy on the Las Vegas strip during a country music festival has been named as the deadliest mass shooting in the history of the United States.

Foster The People continued a tour that made a stop in Charlotte, North Carolina on Oct. 2 when lead vocalist Mark Foster proclaimed the band would not be playing the song it’s most well-known for.

“It felt wrong for us tonight to play ‘Pumped Up Kicks,” Foster said. “It felt like it would’ve been irreverent, even though that song is about gun violence and stopping that.”

Instead, Foster rallied the crowds to continue to love one another “every day” and chose to play John Lennon’s “Love” instead.

The song “Pumped Up Kicks” is a lot darker than its catchy chorus would have you believe. It’s actually a song about a young man named Robert who daydreams about shooting kids at his school, though Foster The People are always quick to remind fans that the song is not about condoning any sort of violence, as explained in a 2011 interview with USA Today.

The heartfelt rendition of “Love” is a moving tribute to the victims who lost their lives in the shooting, and a reminder to appreciate our fellow humans each and every day.