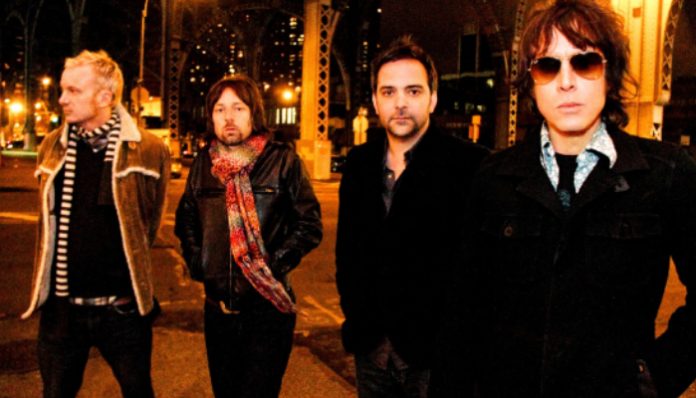 Following the tragic passing of Fountains Of Wayne member Adam Schlesinger over complications relating to the coronavirus, the band are reuniting for a benefit show as part of a live stream fundraiser event.

The band will be joined by Sharon Van Etten on bass and backing vocals while the other three members will be coming back.

The live stream is part of New Jersey Pandemic Relief Fund’s JERSEY 4 JERSEY and marks the first time they’ve performed together in seven years. The event is taking place this Wednesday (April 22) starting at 7 PM ET.

“As a New Jersey native, it means so much to me to participate in the NJPRF charitable event that gives back to this community,” Van Etten says in a statement. “Adam was an incredible songwriter and I am truly humbled to join Fountains of Wayne in his honor.”

Co-founder Chris Collingwood also shared a statement talking about how he feels it will be honoring Schlesinger.

“Brian, Jody and I are honored to be part of the Jersey 4 Jersey benefit, and grateful that Sharon was able to perform with us,” Collingwood says. “Adam would have been proud that Fountains were helping to raise money for fellow New Jerseyans.”

In honor of Adam, we will be performing with @sharonvanetten as part of @nj_prf‘s JERSEY 4 JERSEY, a benefit show raising funds to fight the impact of COVID-19. The concert airs this Wednesday at 7PM ET, more info: https://t.co/MWvyWYjZPr

You can check out more about the live stream here. Other participants include Bruce Springsteen, Chris Rock, Jon Stewart, Jon Bon Jovi, Halsey, SZA and more.

More on Fountains Of Wayne

Just a few weeks ago, Adam Schlesinger passed away after a battle with COVID-19.

Schlesinger also formed Ivy and Tinted Windows. He was also a prolific songwriter, having won three Emmy’s and a Grammy for his work in film and theater.

His music has also appeared in films such as There’s Something About Mary, Because Of Winn-Dixie, Scary Movie and more.

As a producer, Schlesinger had worked with the likes of Dashboard Confessional, Motion City Soundtrack and They Might Be Giants.

While the band were best known for their song “Stacy’s Mom,” Collingwood recently spoke with Rolling Stone saying he regretted the band releasing the track.

In the interview, Collingwood says Schlesinger was “too good of a writer” to be remembered for the novelty track.

“[Schlesinger] was too good a writer to have that be his calling card, and the success of a novelty song means that’s just what you are to the public, from that moment on forever,” says Collingwood.

What do you think of Fountains Of Wayne reuniting for a benefit show? Let us know your thoughts in the comments below.