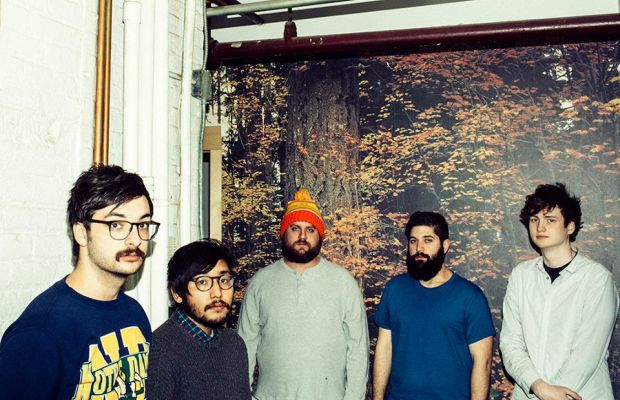 The rock band Foxing experienced a frightening incident late last night after a truck lost control and hit the band’s van head-on while they were attempting to move large rocks out of the road.

According to a statement posted on the band’s Facebook page, Foxing were traveling through a mountainous region in Northern California on a two-lane road when they had stopped to move boulders that had fallen during a landslide.

Apparently the driver of a truck that was traveling in the other direction had a boulder stuck underneath his wheel, and the truck slid across the road at a high rate of speed, crashing straight into the band’s van. Foxing says those involved received only minor injuries, with only one person needing to go to a hospital, despite being relatively shaken up considering the circumstances.

Read More: 15 pop-punk/emo bands to keep an eye on

Below, you can read the full statement posted on the band’s Facebook page along with a few pictures they posted. There also are a few tweets from the band and some members, who have graciously updated their fans on Foxing’s status, and have noted that they will still be playing tonight’s show in Portland thanks to some help from their touring mates, Balance And Composure.

The band also praised first responders, their fans who have showed an outpouring of love and some truck companies who are helping them continue to tour.

Foxing is currently about halfway into the “Light We Made” tour in support of Balance And Composure.

we can't express how much we love all of our friends we've met through this band—the outpouring of support has filled our hearts. Thank you.

In the past hour several friends have told me that they don't know any band with as consistent bad luck as Foxing. I'm inclined to agree.

Hit by a truck today, it never stops.

Thanks to Hertz, U-Haul, and Balance and Composure, we will not be dropping off of tonight's show in Portland.

Also, while we're shouting out, the people at Bandago in Portland have been beyond helpful and we'll be picking up new van from their lot.