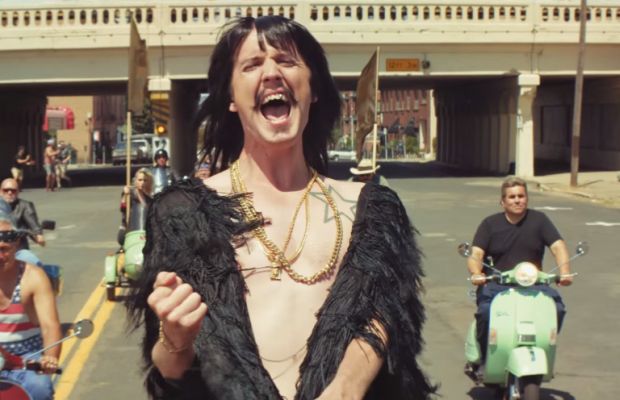 In a truly bizarre and unforeseen collaboration, Eric Nally of the currently-defunct Foxy Shazam has joined forces with Seattle hip-hop duo Macklemore & Ryan Lewis for what may honestly be one of the best music videos of the year.

For the elaborate visuals accompanying the sample-heavy single, “Downtown,” Nally can be found leading a crew in West Side Story-like fashion who eventually go head to head with Macklemore and his own clique. It's the attention to detail in its overall design that really makes the visuals memorable in this case, with excellent '80s-inspired costume work and ridiculous, decked-out mopeds, an eagle head chariot and more. There's also a brief Ken Griffey Jr. cameo for all you Mariners fans. Experience it all for yourself below.

“Downtown” is the first official single from Macklemore & Ryan Lewis' upcoming successor to 2012's The Heist.