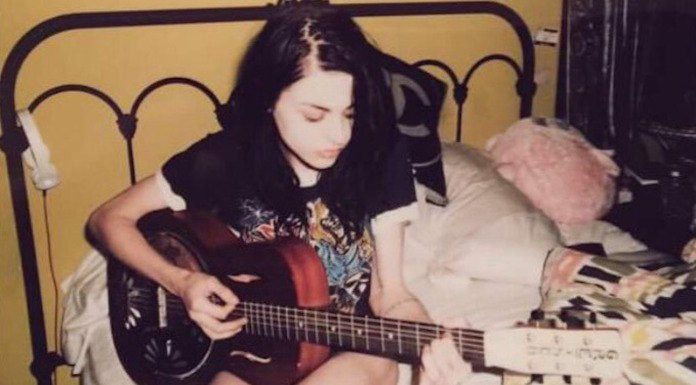 Frances Bean Cobain is once again teasing Instagram with some original music. The daughter of Kurt Cobain and Courtney Love shared a short but sweet burst of guitar-and-voice gusto to her nearly 1 million followers yesterday. Watch it below.

The 25-year-old progeny of the late Nirvana frontman has shared her performances on social media before. In the past, she’s posted cover versions of Leonard Cohen’s “Hallelujah” and Jimmy Eat World‘s “The Middle” alongside original material.

Now, Frances Bean is unveiling an enigmatic new composition performed on acoustic guitar. The vid’s caption contains the sole lyrics revealed in the clip, “Please bequest my last request for duty calls me and she says come hither.” Check it out:

Frances Bean Cobain as an artist

And while Frances Bean Cobain may or may not drop an actual song (or album) soon, she tells E! News that she prefers not to be pigeonholed solely as a musical artist or performer. After all, she also concentrates on visual art, painting and more.

“I don’t want to pigeonhole myself and say I am a musician or a visual artist,” she said recently at the Daily Front Row Fashion Awards. “Because I feel like it’s all encompassing and I feel like every bit of my art is related to the other.”

What do you think of France Bean Cobain’s new song? Would you buy a single or album by her? Sound off in the comments.