A ton of our favorite musicians just linked up for a project called Rock For Hope. Rock For Hope aims to raise money for charity by posting videos of rock musicians collaborating.  When we say a ton, we mean it. Rock For Hope just released a Ramones cover consisting of Frank Iero (My Chemical Romance), Frank Turner, Tom Higgenson (Plain White T’s) Boris Pelekh (Gogol Bordello) and many more.

This specific fundraiser is supporting Partners In Health COVID-19 charity and will help provide PPE and other medical equipment to those around the world.

Read More: Frank Iero explains why an unused prop from his “Weighted” video got cut

The “It Takes A Village…” saying may not exactly be true when dealing with some of the world’s biggest rock stars. They all are more than capable of raising something great in their own right. But, that didn’t stop Pelekh from getting them all together for a good cause.

Pelekh said they all collaborated from their homes in order to practice safe social distancing. He then compiled their performances and recordings into one seamless cover of “I Believe In Miracles” by Ramones.

“Rock For Hope was inspired by my mom who’s in her mid-sixties and a staff nurse at New York Presbyterian in Queens,” Pelekh said. “Her hospital became a central hotspot of the pandemic in New York City and her unit was repurposed for COVID-19 patients.”

Read More: Twitter is testing out a reply option to help you avoid awkward discussions

“The situation was growing more grim by the day, so it became very difficult for me to isolate at home and not try to help somehow. I decided to muster up a bunch of friends from other bands to come together virtually and lay down a hopeful and anthemic punk rock song.”

Rock For Hope’s GoFundMe page reads, “This is a very special punk-rock song and we hope that it brings positivity to people’s live at this difficult time.”

If you want to donate Rock For Hope’s GoFundMe for Partners In Health, do so here.

Tell us your thoughts on Frank Iero and all of these others stars jamming to Ramones? Sound off in the comments below! 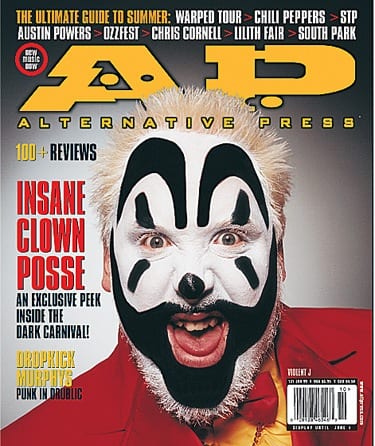