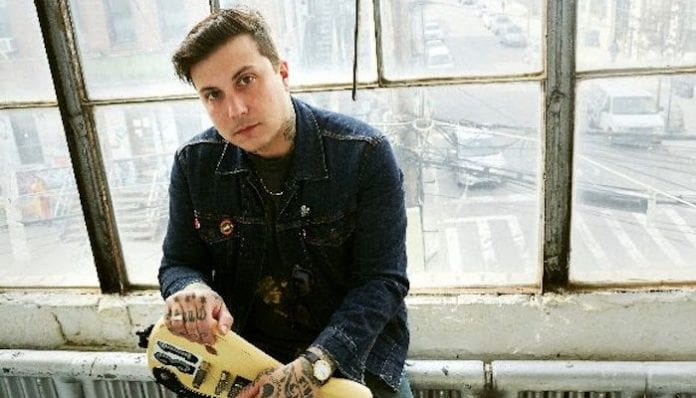 Frank Iero has recently shared a statement regarding the band’s privacy on their forthcoming tour. According to a tweet shared to Twitter earlier this evening, Iero and the rest of the Future Violents request that fans avoid attempting to meet them at hotels.

In the tweet, Iero reasonably says that the band need to be able to have a “safe place” to go at the end of the night in order to give fans an energized, worthwhile show.

Read more: Panic! At The Disco have a new most-watched video and it may shock you

Additionally, Iero asks fans to not share the band’s overnight location with others, should they find out.

To enforce their much-needed privacy, he and the rest of the band will refuse photos or autographs if fans show up at the hotels.

You can read Iero’s statement below:

“Attention all: I am very excited to be able to come to your country, city and town. This is my first trip to some of these places and I have been thinking about this tour for a very long time. I am beyond excited to be able to play music for you and would love to meet as many of you as humanly possible. However, not at the hotels. Hotels are our safe place and need to be private in order for us to be able to put on the best show we possible can for you. I ask that you do not wait outside them or share the location of where we are staying. I will not sign there or take pictures at any of these locations. I hope you can honor this request and will respect our wishes. I look forward to seeing you at the shows! Xofrnk.”

That said, Iero is not the first musician to ask for privacy. Recently, Panic! At The Disco manager Zack Hall has put an end to fans taking pictures and seeking autographs outside of their hotels. The announcement came as Hall tweeted about feeling “creeped out” over fans waiting for P!ATD to walk by.

Additionally, earlier this year, a warning was issued over Brendon Urie‘s famous “death walk” after fans were inappropriately touching Urie during the excursion.

Additionally, back in 2017, Black Veil Brides’ Andy Biersack actually had to move houses as a result of fan harassment.

In other Frank Iero And The Future Violents-related news, the band revealed they are embarking on a headlining an East Coast tour this spring.

The news came on the same day the band dropped “Young And Doomed,” which you can watch below.

You can check out the full list of dates for the East Coast tour below and pick up your tickets here.