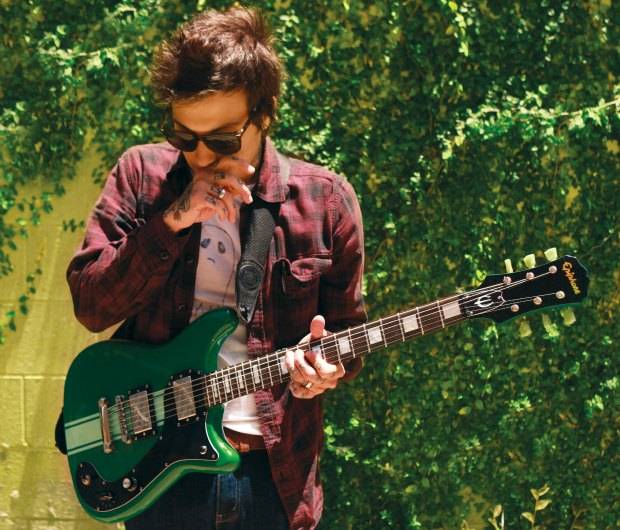 Frank Iero, guitarist of My Chemical Romance, has launched a personal website and posted a cover of “Be My Baby” on his SoundCloud page, which also hosts his anti-Chistmas song “xmas sux.”

Of the cover, Iero says, “A few months ago I went into my good friend's studio, North End, and together we stayed up late, had some drinks, and [made] some music. One of the things that survived that session was a cover of 'Be My Baby', originally written by Phil Spector, Jeff Barry, and Ellie Greenwich and made famous by the Ronettes in 1963. I played all the noises and my friend Eddie recorded them. 'Be My Baby' was once one of the greatest songs ever made….Listen to how i have destroyed it.”