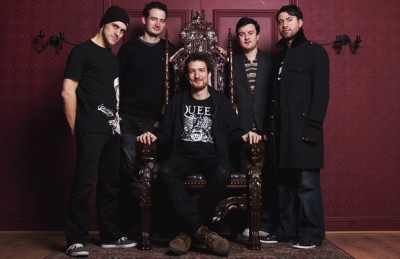 In a new interview, Frank Turner outlined some tentative plans for a follow-up to 2011's England Keep My Bones, stating that it should be out in early 2013:

“I’ve got a ton of songs hanging around right now in various different levels of finished-ness, and I found some gaps in my schedule to go into the studio and I’m not the kind to be sitting around and waiting. I’ve got more than enough songs for one record but I’m trying to get another whole pile finished to have a large selection to choose from and put the best ones on the record. Realistically the new record will probably be out in January of next year. I’m excited about this new record, I think the songs are better than the ones that came before and that’s always a good feeling.”