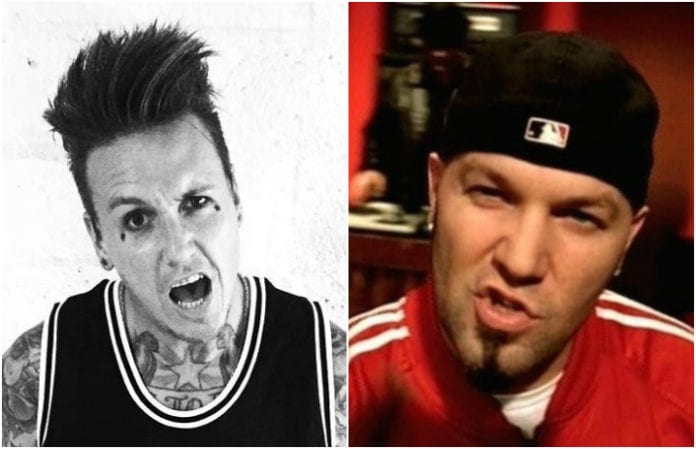 Papa Roach vocalist Jacoby Shaddix is speaking out about the bad rap that nu-metal has accrued over the years, placing some of the blame on the shoulders of Limp Bizkit frontman Fred Durst, according to a new report from Loudwire.

Shaddix and his band were recently asked by El Paso, Texas, radio station KLAQ about nu-metal's often negative public perception, and the singer identified Durst as a probable point of contention for many music fans' dislike of the genre. Watch the video of Shaddix's comments about Limp Bizkit below.

“A lot of people didn't like Fred Durst,” Shaddix says. “Really and truly. That was real bad, and everybody was hating on him. And he was kind of, like, [imitates Durst] 'Why you wanna hate me?' And so, he was kind of the poster boy for the genre, and so if people wanted to take pot shots at it, it was easy, you know?”

However, Shaddix makes clear that he harbors no ill will for Durst. “I got nothing but love and respect for him,” the vocalist says.

Shaddix and Papa Roach, while contending that they were unfairly lumped in with nu-metal during its late-'90s genesis, also defend the hybrid musical style against certain naysayers out to criticize the the genre's leading bands.

“For me, P-Roach, it’s always about progression and evolution,” says Shaddix, indicating the musical growth of his band from the salad days of nu-metal.

“We're not trying to bring back the old days at all, but we definitely went back [on the new album], I guess, brought some of the old-school elements into the music, but without trying to just go, 'All right. Now we're old school again,' 'cause we’ve gotta maintain a progressive vibe.”

Shaddix also points out current bands that draw unique inspiration from nu-metal: “There are some rad bands that were influenced by the nu-metal genre,” he says, “like Bring Me The Horizon, Of Mice & Men… countless other bands.”