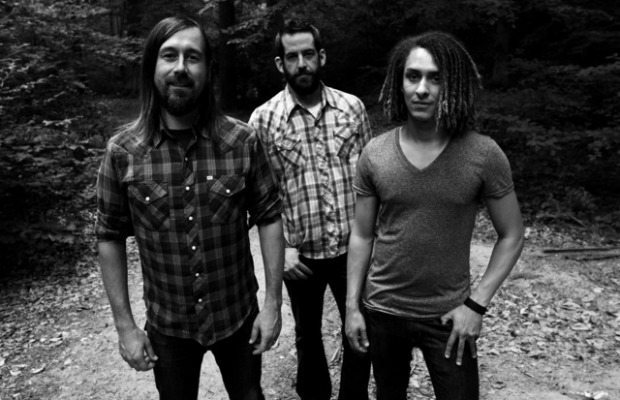 Fred Mascherino, former guitarist and co-vocalist of Taking Back Sunday, has posted a blog reflecting on his time in the band, which he joined 10 years ago this week.

Check out Mascherino’s post, appropriately titled “A Decade Under The Influence,” below.

Ten years ago this week, I called Eddie Reyes and talked to him about joining Taking Back Sunday.  Five weeks later I was playing Philly Warped Tour to 18,000 people.  When I first joined the band, I had to stay in Long Island to practice so I stayed at Willie Noon’s parents house.  I’d wake up on the couch and Straylight Run would be practicing in the basement. I gotta admit, seeing John at that time was a little awkward, haha.  Eventually, Eddie got an apartment where I could stay and all we did was practice, write new songs and watch fuse on tv.  If you can remember that far back, all fUSE played that summer was Yellow Card, Story of the Year, Brand New and (unfortunately) Chevelle.  It was a really exciting time in my live and I never forget the fact that my life was forever changed from that call to Eddie.  There are best friends of mine that I have today that I would have never met if I didn’t make that call.  Many of you reading this might have never come to know me.  So, regardless of the drama that always seems to surround the situation, I always look at joining TBS as something great that happened to me.

After the departure of John Nolan and Shaun Cooper, who went on to form Straylight Run with Mascherino’s former Breaking Pangaea band mate, Will Noon (now the live drummer for fun.– welcome to the complicated world of the TBS family tree), Mascherino and Matt Rubano were recruited to fill out the lineup ahead of sophomore effort, Where You Want To Be. Fred stayed on for the band’s major label debut, Louder Now, which also went on to become Taking Back Sunday’s most commercially successful.

In Oct. of 2007, the band announced Fred’s departure, later replacing him with Matt Fazzi. Mascherino shifted his full-time focus to solo project The Color Fred, before putting the project on hold to give his full attention to current band, Terrible Things.

In 2010, the Tell All Your Friends-era lineup of Taking Back Sunday reunited, and have continued making music in their “original” incarnation ever since. Mascherino has not collaborated with the group since his departure, but has appeared to be on better terms with the band personally in recent years.

For nostalgia’s sake, check out the band’s Tom DeLonge-directed music video for “This Photograph Is Proof (I Know You Know),” featuring Mascherino, below.