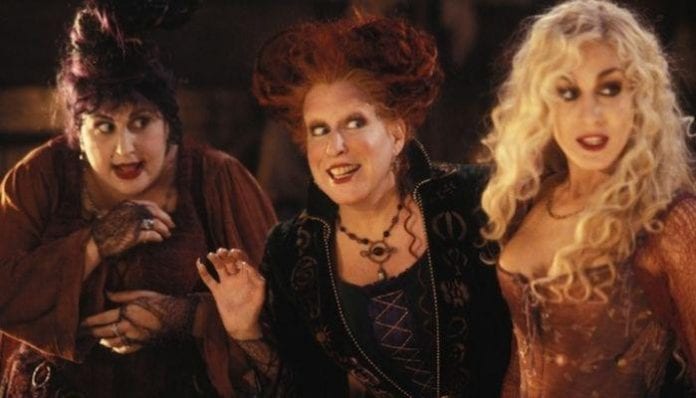 Freeform released the schedule for their iconic 31 Nights of Halloween. It’s still August and we couldn’t be more excited for Halloween.

It’s truly the greatest time of year. The weather is perfect, the leaves are beautiful and the world is spooky.

Read More: Simple Creatures drop “Trash-Pop Bop” teaser for “Thanks, I Hate It”

The scare-tacular 31 Nights of Halloween is a staple during autumn and due to popular demand, went from a mere 13 days of horror to the full month of scares.

This year, the main staple for the schedule is everyone’s favorite witch trio, Hocus Pocus. Which airs an astounding 27 times.

But, some new faces have made their way into the long-running tradition. The Scream trilogy, as well as The Simpsons’ “Treehouse of Horror” are making their 31 Nights debuts.

Watch another network this October? Witch, please. ______ Get spooky with #31NightsofHalloween, all October on Freeform. Full schedule in link in bio.

Yes, it’s a bit confusing as to why Iron Man is on there, but given the rest of the lineup, we’re not complaining.

Are you excited about Halloween and this spook-tacular movie schedule? What’s your favorite Halloween movie? Let us know in the comments below.

In between all of the other wonderful fall activities, we assume you’ll be hitting up Halloween Horror Nights. Well, you’re in luck if you’re a Rob Zombie fan because it’s been revealed that his House of 1000 Corpses is headed back.

The 2003 film resulted in the first mazes at the events in Orlando and Hollywood back in 2010. Now, they’re coming back.

The mazes bring to life the horrifying roadside attraction Captain Spaulding’s Museum of Monsters and Madmen. Those who dare to enter also get to meet some serial killers. Also, they will enter the home of psycho killers the Firefly family where things really start to get crazy.

Halloween Horror Nights start September 6 in Orlando and September 13 in Halloween at the Universal Studios resorts. Tickets are on sale now here and you can see the huge reveal video below.

What do you think of the House Of 1000 Corpses mazes returning to Halloween Horror Nights?