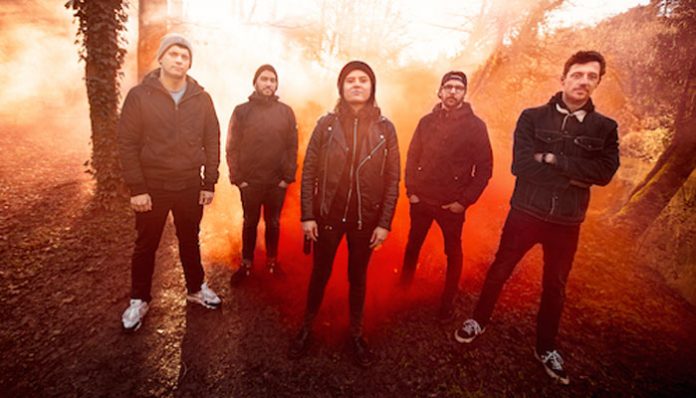 We’re all counting the days until we can get in front of a PA system to once again celebrate live music. Until then, we’ve got Stinky to remind us how great that day will be. The French hardcore unit have released a video for a new single, “Distance.” And now we have this great urge to mosh on our furniture. With our friends. (If they could actually come over, that is.)

According to the band, “Distance” is “a declaration of friendship for all of those who, despite distance and time passing, never stopped being a reliable beacon. The music video is a recollection of the good times before lockdowns and social distancing.” (The footage of the band in the studio doing gang vocals made us sigh.) It’s the third single released from the impending Stinky album, Of Lost Things, set for release June 12 on the M-Theory Audio label.

Of Lost Things is another solid entry in the long-running hardcore band’s canon. Much like the previous singles “Revival Fire” and “Strangers With Familiar Faces,” “Distance” throws down equal parts melody and menace. Stinky throw down the metallic hardcore action a la Bane and Comeback Kid. But they leave you with melodies away from the pit. It’s an alloy that has made them comfortable sharing stages with everyone from Sick Of It All to Terror to Millencolin.

We’re down with Stinky lead singer Claire Bousigue bringing the roar and the hell on “Distance.” We think they are providing the kind of power to get us through, well, everything. Damn straight we’ll be checking out Of Lost Things when it drops. Check out the video for the song below. We’re pretty confident Stinky will keep your heart full with the promise of louder and greater things to come.