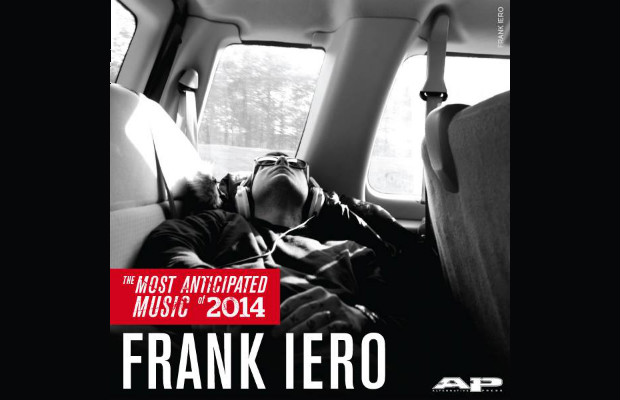 Frank Iero, formerly of My Chemical Romance, has a new moniker and a full-length album ready to release.

Frnkiero And The Cellabration—despite what the “and the” may imply—is a project primarily fueled by Iero, who played everything on his newest work, Stomachaches, except the drums, which were supplied by former MCR touring drummer Jarrod Alexander on nine of the album's 12 tracks.

Stomachaches, one of our most anticipated albums of 2014, is set for release August 26 via Staple Records and his own imprint B.Calm Press and marks Iero's debut solo full-length.

“These songs came from deep inside me and became my salvation at a certain point. and up until this August I will have kept the majority of them a secret from everyone,” Iero said in his official announcement statement. “They were just mine, and now i am ready to give them up to all of you.  I hope that you may enjoy them.”

In another statement, Iero explained the origin of the album:

“In late 2012 I started to experience an increase in my already painful digestive issues and my creative side started to wither under the weight of not ever feeling well. I turned my basement office into a makeshift studio and every time I felt the pain coming on I'd go downstairs and hammer out an idea. After a few months I started to take a look at what I was making, I had for the first time in my life written a large grip of songs completely alone and without any expectations or plans of what they would be for. I've always been in bands writing songs with friends in order to play shows or record a future record. But this was different. These songs, they were all mine. They started inside me as these wretched stomachaches and I had to dig them out of me in order to survive. They were my disease and ultimately became my cure.”

“When I finally took a step back and looked at the body of work I had created I began to notice some common threads. The stories told on this record all seem to touch upon a yearning for love and acceptance, and a longing for a place in which you feel you may finally belong. Sometimes finding solace in the realization that you might not in fact belong anywhere, and drawing a certain power from that.”

To this point, we have only heard Frnkiero in brief bursts, with his two-song For Jamia EP, single “B.F.F.,” which he co-wrote with his twin daughters, “2.5mg Just Ain't Enough For Me” from the Fadeaway Records Friends compilation, “This Song Is A Curse,” which appeared on the soundtrack of Disney's Frankenweenie in 2012 and various demos Iero has released through his website.