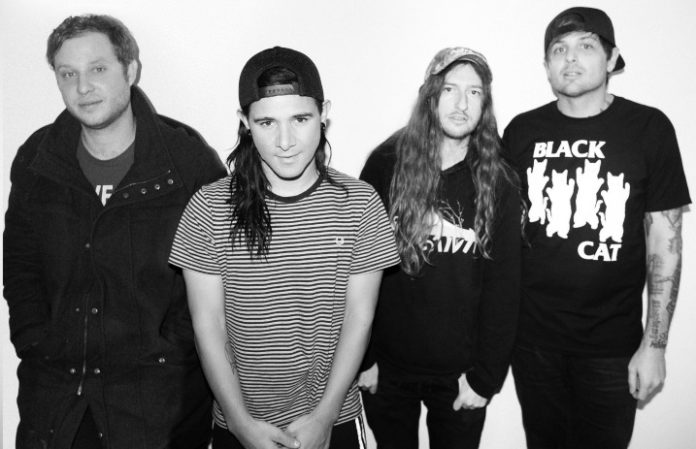 It took From First to Last 322 days to release a new song (we're not counting—you're counting), but it finally happened. The band debuted “Surrender” yesterday during a DJ set at Emo Nite Day in Los Angeles, and you can watch clips from the premiere below.

Read more: Musicians respond to Sonny Moore’s return to From First To Last

Guitarist Matt Good gave fans a heads up, teasing on Twitter that he was “leaking” a new song.

I’m dead ass leaking a @FFTLAST track tonight at emo nite. We on at 7:20

Part of the set, including the new song, was streamed live on From First to Last's Instagram. You can watch that video below, with the new song starting at 00:32.

RT if that new @FFTLAST trashed your face off

THERE IS A NEW FFTL SONG AND SONNY SINGS IN IT

The band was, too.

This is the second track FFTL have shared featuring singer Sonny Moore, who left the band in 2007 to pursue a solo career as Skrillex. On January 15, after months of speculation, the band shared “Make War”, performing it live for the first time in February. Not much later, the band's social pages were updated with a new picture that included Moore, who also told us at the Grammys he was “not left” from FFTL anymore.

The only remaining question: When is the album coming?