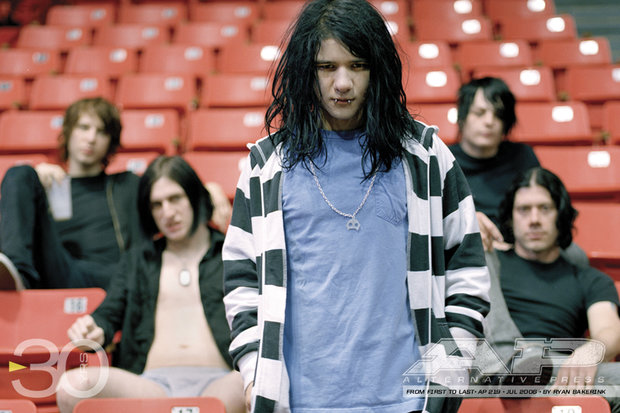 It looks like Warner Bros. filed a copyright claim and had the stream removed from YouTube. You can hear it below via SoundCloud.

The world may not be getting the My Chemical Romance reunion it wants—but could we be getting a Sonny Moore (aka Skrillex)/From First To Last reunion instead? It would seem that there’s an actual possibility of that happening.

Last night, Moore appeared on his label’s Beats 1 radio show on Apple Music. During the broadcast, a song reminiscent of FFTL’s overall sound played with what seemed to be Moore’s vocals over it. He dubbed it, “Bonus track.” Some have been writing it off as an old demo from their era with Moore. You can listen for yourself below.

What happened next is what began spreading reunion rumors like wildfire: From First To Last shared Skrillex’s Facebook post of a link to the show on their official page. As you can imagine, the comment section is filled with ecstatic confusion.

Guitarist Matt Good revealed that new FFTL music was being written on May 1. When the band released their reunion album, Dead Trees (which featured Periphery’s Spencer Sotelo on vocals), Good said Moore was interested in some sort of collaboration, but his schedule seems to have never lined up with the rest of the band’s—until now? (2016 also marks the 10-year anniversary of Moore’s final record with the band: Heroine.)