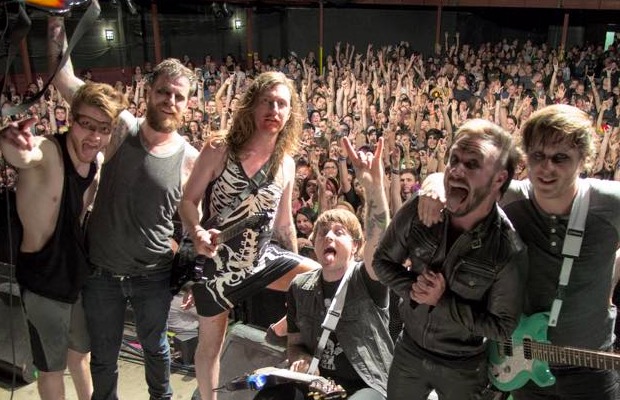 From First To Last have officially joined the Sumerian Records roster. You can read a message from the group below.

Watch From First To Last perform “Emily” on their reunion tour

FFTL's latest single, “Dead Trees,” is available for purchase now. The track is the band’s first to feature new vocalist Spencer Sotelo (also of Periphery) and is taken from their upcoming fifth studio album. The impending record was successfully funded via Kickstarter, with Sotelo taking over on lead vocals. If you missed it, the band re-recorded “Note To Self” to celebrate the 10-year anniversary of their 2004 scene staple, Dear Diary, My Teen Angst Has A Body Count.

We are very excited to announce that we have officially joined the Sumerian Records artist family, and that our new single “Dead Trees” is now available for purchase on iTunes and Google Play! It's going to be a good 2015 everyone!