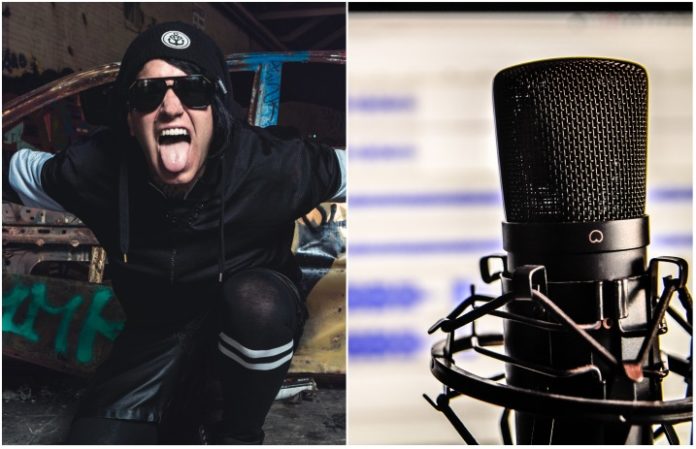 Have you ever wanted to get Fronz from Attila's vocals featured on your own song, but you didn't have the digits to just call up and ask the guy? Fear not, Fronzilla fan! Fear The Sounds' new vocal sample pack featuring the one and only Fronz is here. And these samples are intense— just check it out.

That's right. As noted in a press release, that “glamorously aggressive voice is finally yours.” With the new Fear The Voice Featuring Fronz sample pack, you can stay sick with the Fronzilla's killer vocals all up on your tracks.

“We are very proud to bring you his first ever, official sample pack that is built specifically with all kinds of fans and musicians in mind,” says Fear The Sounds' Sullivan King. “It doesn’t matter if you want to take these and put them in your productions, reference them for your own mixing and practice, or just enjoy his brutal antics behind his weapon of choice—the microphone.”

Get the Fronz sample pack right here, exclusively through Splice, and lend an ear to the amazing samples on offer: The Attila frontman growling a viscious “fuck”? Check. Fronz howling, “We gettin' fucked up”? You got it! The Fronzer just yelling, “It's time to motha-fuckin' rage”? Say no more, fam.

Fear The Sounds is a “new collaborative project from the minds of Devin Oliver and [King] with the aim of releasing highly quality sample packs from some of the most talented names in the rock and electronic world.” You may recognize Oliver's name—he's the frontman of rockers I See Stars.

The Fronz vocal pack from the team of Oliver and King is actually the second volume in Fear The Sounds' ongoing sample pack series. Their debut collection was none other than a sample pack of Oliver's own singing!

So get ready to “take your productions to the extreme” with some potent Fronzilla vox. Listen to a demo of Fronz's vocal sample pack here:

Watch more: Attila at Rock On The Range 2017