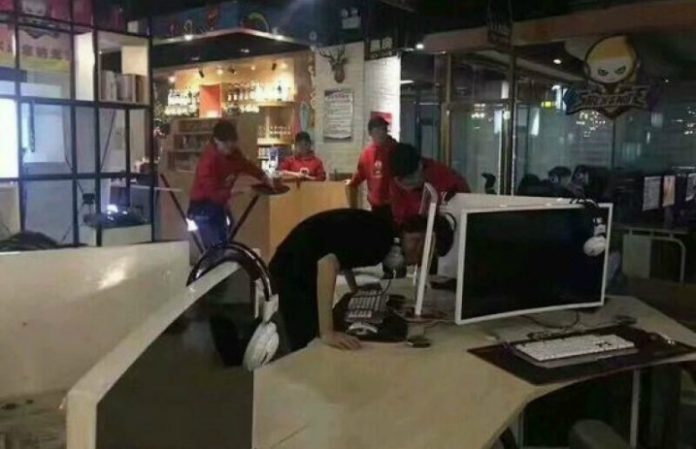 You know when you're just having one of those days?

Well, this League Of Legends player is definitely having one of those days.

Read more: 10 metalheads who would be badass in a fighting video game

According to Kotaku, while in a Lanzhou, China net cafe, a player lost a League Of Legends match. Afterwards, he slammed his head through the computer monitors.

Staff at the net cafe had to help him remove his head from the monitor.

Apparently, the player was angry at his teammates for playing badly.

Here's another picture, via Ifeng: