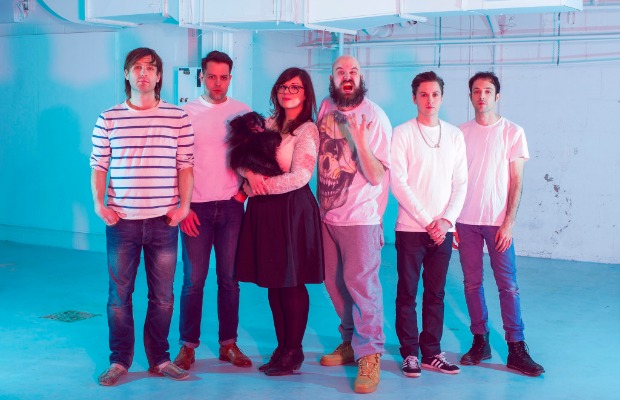 Fucked Up have announced the release of their newest hardcore album, Glass Boys, due out June 13 via Matador Records – the band’s first release since 2011’s David Comes To Life. The album focuses on a variety of themes, but centralizes itself around reconciling yourself as an adult with the teenager within. Listen to their new single off the record, “Paper The House,” below and let us know your thoughts.

You can preorder a deluxe edition vinyl from the Matador store, which includes a bonus version of the album with slower drum tracks and a limited edition tote bag. You can also preorder the album through iTunes and receive an instant download of “Paper The House.”

In support of the new album release, Fucked Up will be heading on tour in the U.S. in April and Europe in June. Check out the full list of dates below.