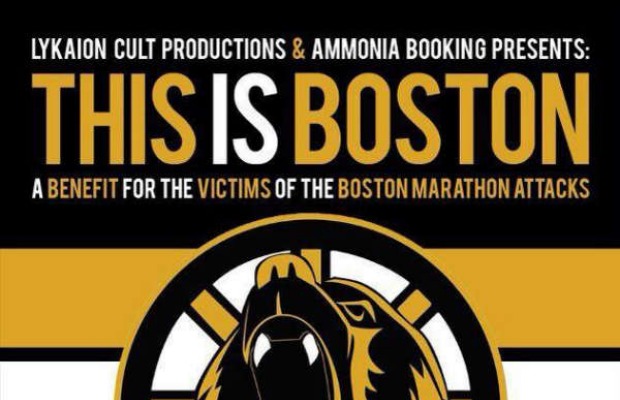 Converge, Slapshot, Dropdead and other bands played a benefit show, This Is Boston, following the tragic bombing that took place at last year’s Boston marathon. This Is Boston raised around $14,000 for victims of the bombing, which was supposed to be donated to the trusted One Fund for disbursement to those affected. But according to a report on Boston website Vanyaland, the funds have allegedly been mismanaged or potentially stolen by the benefit’s promoter.

Bands from the benefit are now speaking out against the promoters. Boston hardcore act Converge, who are adamant philanthropists (having recently launched donations for an animal shelter, among other causes), are one of the bands speaking out.

For over a year we've been trying to get a dirty promoter to come clean, here's the story:… http://t.co/u5M6v9AENM

Vanyaland reports that a deposit of $8,675 is all that has been paid to the One Fund, with the rest of the funds remaining unaccounted for. Check out an excerpt from the article, and the read the full report.

After the show, dubbed “This Is Boston,” the production company that organized the event estimated that nearly $14,000 dollars had been raised. But nearly a year later, missing money and accusations of mismanagement and theft have marred the reputation of the event.

The benefit was, unlike the star-studded TD Garden benefit that took place the week before, a thrown-together grassroots effort, with shifting venues and a widening net of bands and promoters confusing matters. Lykaion Cult Productions, a relatively small-time show promotions group run by Mike Eleftheratos and Mark Laskey, initially intended to hold the show at the 80-person capacity O’Brien’s in Allston. But the addition of big headliners like Converge and Slapshot necessitated a larger venue, as well as a desire amongst the promoters and the bands involved to raise as much money possible for the cause.

Eventually, the underground and black metal-leaning Lykaion Cult found themselves responsible for a large public fundraiser being held at a 725-capacity room. “So many people wanted to be a part of something positive in the aftermath, and it just snowballed,” explains Lykaion Cult co-founder Mark Laskey. “In retrospect we were in way over our heads, but at the time it seemed like we could pull it off and it would be a great event. To a large extent we did, and it was… until all of this.”