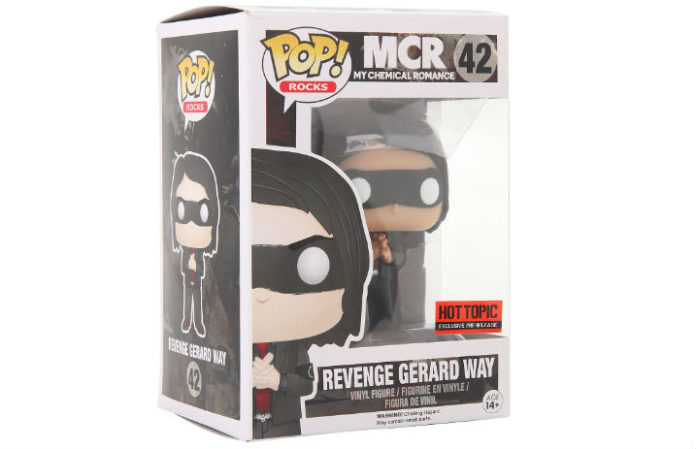 “Cat's out of the bag,” former My Chemical Romance vocalist Gerard Way tweeted this morning of MCR's getting their very own line of Funko Pop! Rocks figures.

Below is a photo of the Three Cheers For Sweet Revenge figure, as well as concept art for The Black Parade figures, both with and without skeleton facepaint.

Looks like the cats out of the bag on my @OriginalFunko Pops! pic.twitter.com/nl7k8UdGKB

This will not have been My Chem's first foray into the action figure world. In 2005, the band released figures with SEG Toys that came complete with coffins to store them in and red revolvers for gunning down evil men in deserts. Naturally…

The Revenge Gerard figure, which was availble to pre-order via Hot Topic has already sold out.