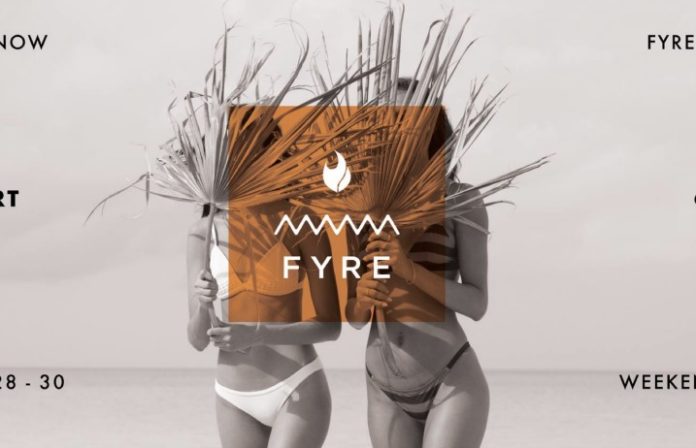 News hit social media last Friday (April 28) that the infamous Fyre Festival, conjured up by rapper Ja Rule and his tech partner Billy McFarland, fell into total chaos. Slated to be a luxurious music festival in the Bahamas, reports stated that tickets ranged from $450 to $12,000 to even $250,000.

Yet, Fyre Festival attendees arrived to inadequate basic necessities—including food, housing and electricity—never mind the luxurious promises. When guests tried to evacuate the island, everyone was stranded in an extreme lack of organization and infrastucture.

Since then, Ja Rule issued a statement on the disaster, saying, “I truly apologize as this is not my fault, but I'm taking responsibility.”

There is now an updated statement on Fyre Festival's website.

It starts by saying, “Yesterday was a very challenging day for all of us,” and goes on to try and explain the weekend's events.

“As amazing as the islands are, the infrastructure for a festival of this magnitude needed to be built from the ground up,” the statement continues. “So, we decided to literally attempt to build a city. We set up water and waste management, brought an ambulance from New York, and chartered 737 planes to shuttle our guests via 12 flights a day from Miami.

“We thought we were ready, but then everyone arrived.”

The statement adds that Fyre Festival will come back, potentially with a vengeance, in 2018 on a U.S. beach. All festival goers are currently being refunded.

McFarland released a statement to Rolling Stone, in which he says:

“We thought we were making timeframes that were correct. We were a little naïve in thinking for the first time we could do this ourselves. Next year, we will definitely start earlier. The reality is, we weren't experienced enough to keep up.”

However, unsurprisingly, Ja Rule and McFarland are being hit with a $100 million lawsuit, Business Insider reports.

Filed on Sunday in the U.S. District Court for the Central District of California by celebrity lawyer Mark Geragos, the suit looks to include 150 participants. Daniel Jung is the plaintiff for the case, and he's suing for “fraud, breach of contract, breach of covenant of good faith, and negligent misrepresentation on the part of the organizers, totaling at least $100 million in damages.”

As Business Insider notes, the lawsuit mentioned the “lack of adequate food, water, shelter, and medical care created a dangerous and panicked situation among attendees—suddenly finding themselves stranded on a remote island without basic provisions—that was closer to The Hunger Games or Lord of the Flies than Coachella.”

Thoughts on this debacle? Tell us in the comments.