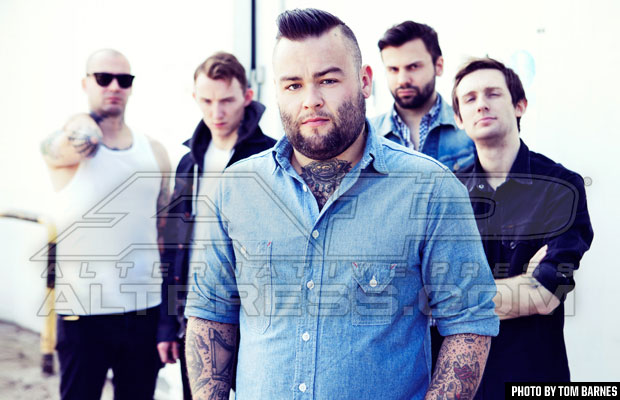 It's been discussed for weeks, and now it's official: Gallows will digitally release their new EP Death Is Birth on December 5 via Thirty Days Of Night Records. In addition to the previously released “True Colours,” the EP will feature three new songs: “Mondo Chaos,” “Hate! Hate! Hate!” and the title track. Recorded in Los Angeles earlier this year with The Bronx's Joby Ford, Death Is Birth will also be the band's first new material with vocalist Wade MacNeil, who joined Gallows in August following the dissolution of Alexisonfire.

A limited vinyl release for Death Is Birth is also set for December 13 via Thirty Days Of Night; ordering info on that is here and the cover art can be seen below. Gallows are currently on The AP Tour alongside Four Year Strong, Title Fight, the Swellers and Sharks; get your tickets here!