Many fans are outraged and "appalled" over these spoiler-filled posters.

In a new report from NME, fans of the popular series were outraged after season 8 posters were put up in New York City that featured spoilers for those GOT fans not entirely up to date on its latest happenings.

If you don’t want to see any GOT spoilers, you may want to click off the article (or don’t check out the image…either way, please don’t yell at us for potentially spoiling the show!)

The posters filled with spoilers quickly surfaced on Reddit, where user JonSnowLikesCaves, posted the image and the location the posters were placed.

After seeing the image, which you can check out below, found that one user was “appalled” by HBO’s marketing team, saying that they can’t believe “they [HBO] would ruin big scenes for new watchers.”

“I kind of can’t believe they’re spoiling some of the main events from each season with these posters. Like I get that they’re mainly for show watchers that have seen it all already, but don’t you think they’d take into account the hundreds of thousands of people who will see these that haven’t seen the show yet? I guess it doesn’t really matter, it’s only a still and you’d learn nothing more unless you looked into it.”

Another user seemingly didn’t mind the spoiler, arguing that if people haven’t seen the show in its seven seasons, they might not “care that much” of the show or seeing spoilers.

Some users didn’t entirely agree with this thought process, where one user shared:

“I only started watching last year due to the season 7 hype. More and more people start with every new season. I think it’s just since this is the last one, they’re going all out.”

While another user added:

“I have some good friends who are only in the first 2-4 seasons and loving it so far. This is really dumb by HBO. Could easily choose less spoilery pictures.”

What do you think? Do you feel like HBO should have used less spoiler-filled images? 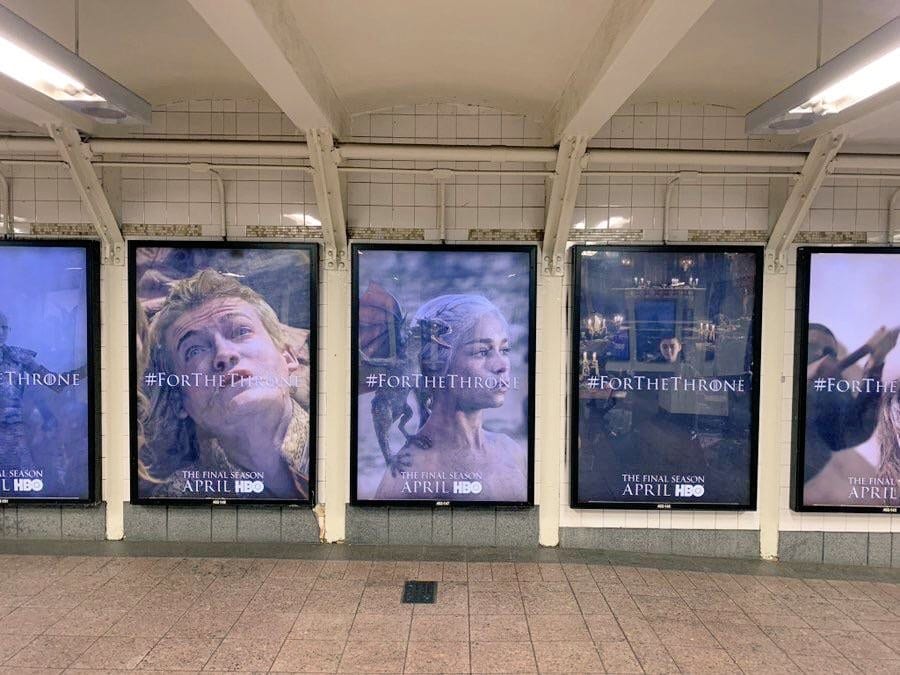 While the posters may have spoiled some pretty big moments for newcomers, there are still quite a bit of things to look from the show’s current seven seasons.

But, for those who are caught up on the show, details of season eight have been pretty quiet, but here’s what we know so far:

Fans have been eagerly awaiting information on GOT’s final season, and while we still don’t have an official release date, Entertainment Weekly‘s cover story gave us some idea of what to expect.

“Season 8 opens at Winterfell with an episode that contains plenty of callbacks to the show’s pilot,” EW writes. “Instead of King Robert’s procession arriving, it’s Daenerys and her army. What follows is a thrilling and tense intermingling of characters — some of whom have never previously met, many who have messy histories — as they all prepare to face the inevitable invasion of the Army of the Dead.”

“It’s about all of these disparate characters coming together to face a common enemy, dealing with their own past, and defining the person they want to be in the face of certain death. It’s an incredibly emotional, haunting, bittersweet final season, and I think it honors very much what George set out to do — which is flipping this kind of story on its head.”

We seriously can’t wait for season 8, and it sounds like it’s going to be pretty rough (and pretty emotional, too.)

Are you ready for the final season of Game of Thrones? Sound off in the comments below!