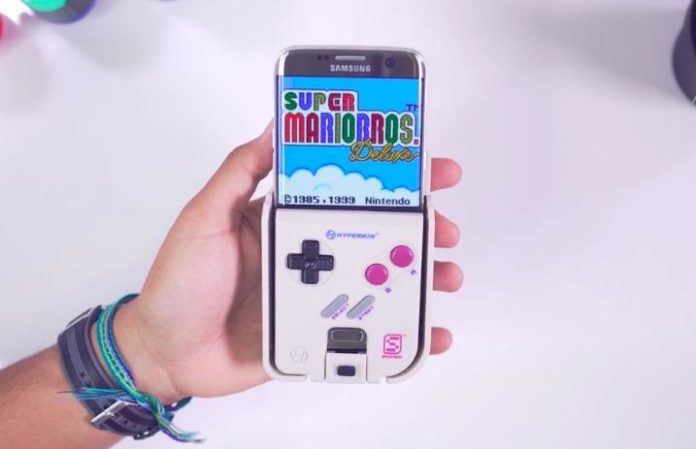 A gaming company called Hyperkin has developed a device that turns your phone into a GameBoy and lets you play old GameBoy game cartridges—and it's basically a dream come true.

See how it works below!

The device is called the SmartBoy and it's basically a phone case that is compatible with most Android phones—sorry Team Apple!

See how it works below!

According to Hyperkin, the device can play GameBoy and GameBoy Color cartridges, and is compatible with other apps and games, including GBA apps from Google Play. The creators say that the device was designed for Samsung's S8 line and up, and they list other compatible phones on their page.

You can check your device's compatibility and pre-order the SmartBoy here for $49.99.

The company has said that a version compatible with other devices, including iPhones, is in the works. No need to trade in your phone just yet!

We're so stoked on this case! What do you think of the SmartBoy? Sound off in the comments below!