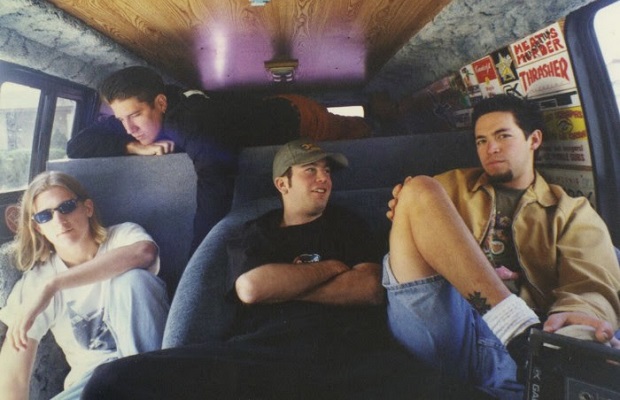 Yeah, that's an old photo of Gameface from the archives. It dates back to their debut album, 1993's Good, which is up for a remastered deluxe reissue on November 13 via Smartpunk Records.

Officially the second pressing since decades out of print, the LP will boast band-designed gatefold packaging, diary entries/personal photos from the Good-era tour cycle, as well as four brand new art prints by frontman Jeff Caudill. For extra content, a bonus alternate version of “Retraction” has been included.

The LPs are spread across three color variants and only 500 copies total, so go pre-order yours now.

Read more: Gameface are streaming Now Is What Matters Now, their first studio album in over a decade