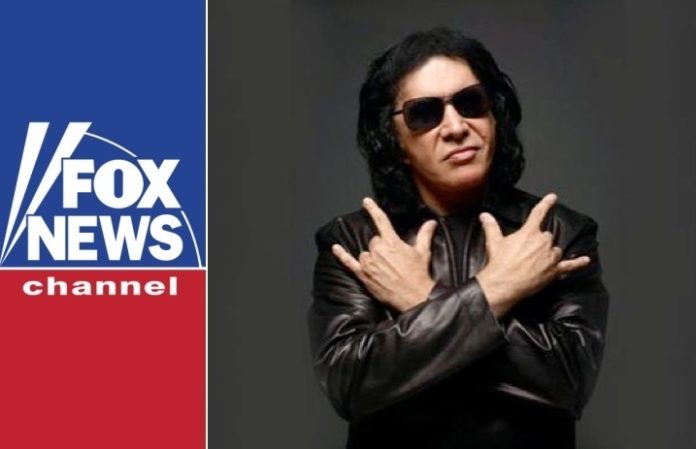 Gene Simmons' publicist has delivered a statement to Metal Injection regarding the KISS frontman's apparent ban from Fox News headquarters. It was reported that Simmons insulted and taunted female staffers on Wednesday after appearing on the network to promote his new book, On Power. Read Simmons' statement and our original report on the matter below.

“I have appeared frequently over the years on various Fox News and Fox Business programs and have a tremendous amount of respect for the talented women and men who work there. While I believe that what is being reported is highly exaggerated and misleading, I am sincerely sorry that I unintentionally offended members of the Fox team during my visit.”

It seems like Fox News has a beef with all manner of artists these days: Radiohead, Red Hot Chili Peppers, and now, Gene Simmons.

Importantly, however, it looks like the news channel's grudge against the KISS frontman is more than warranted. According to multiple reports, Simmons was banned from Fox News' New York headquarters this week after he went on an inappropriate tirade against female staffers at the Manhattan news offices.

Whereas Fox News may just be playing up its maddening but ultimately petty (and sort of funny) grievance with Radiohead—it termed the group the “poor man's Coldplay” and made a faux infomercial about “Radiohead lice“—the channel's permanent ban of Simmons from its headquarters appears justified after descriptions of the entertainer's reported mistreatment of women there.

According to the Daily Beast, Simmons “crudely insulted female Fox staffers [and] taunted them” after making the Fox News rounds on Wednesday to promote his verbosely titled new book, On Power: My Journey Through The Corridors Of Power And How You Can Get More Power.

Adweek reports that Simmons “ran around the Manhattan offices… insulting and taunting female staffers and reportedly saying 'Hey chicks, sue me!' while pulling open his red velvet shirt to show his chest and stomach.” Simmons frequently appeared as a guest on Fox News programming in the past—that apparently came to an end this week with the network's ban of the musician.

On host Maria Bartiromo's Fox Business Network show Mornings With Maria on Wednesday, the KISS musician was asked his opinion of the recent Harvey Weinsten sexual misconduct scandal. “I'm a powerful and attractive man,” Simmons said, “and what I’m about to say is deadly serious.”